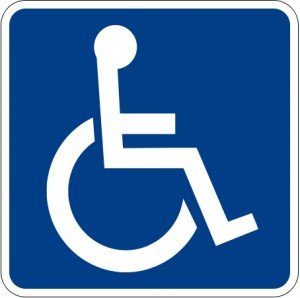 As a result of my father’s mild cerebral palsy, he suffers from a moderately atrophied right hand and walks with a somewhat disharmonius gait.  Had we been of the priestly caste, my father would have been ineligible for Temple service as a result of a number of biblical exclusion criteria mentioned in this week’s parsha.  Is that fair?

According to Merriam-Webster, fairness suggests an impartiality and a lack of prejudice.  So is God playing favorites?  If he’s the Creator, how do we reconcile his prejudice against those that he created?  It’s like your professor marking you late for class when he was the one who drove you to school.

But the Temple was meant to be a place like nowhere else.  It was supposed to invoke a sense of awe and splendor, much like the palace of the king.  And while we enjoy American sensibility, a mere look across the ocean sees pomp and circumstance as the norm within the royal house of the Commonwealth, and one can understand why George VI’s speech impediment was so troublesome, even notwithstanding the natural oratory duties of a monarch — it is simply unbecoming.

And public perception rules the day — so if no one thinks that a black man can be President of the United States of America, then, in a sense, he cannot.  But that’s not what people think (anymore), and so we have Barack Obama.

As I’ve said before, had the Torah been given after 2015, there’d be many differences — the prohibition of shatnes would be awfully superfluous, because we all know that the trend will be for clothing to be made out of plastic in the future (then again, we revert back to fabric by at least 2032).  And it’s a silly endeavor to speculate what would and what wouldn’t be, because if we asked those alive at the time of matan Torah (the giving of the Torah), I don’t think they would have been able to guess what would have been included.

Handicaps are still looked at as something less than desirable, but more than that — they are still unseemly.  That’s the way people think, and if that’s the way people think, and that’s the way people thought, then excluding such people from Temple service provided a particularly captivating atmosphere — one that imbued visitors with a sense of marvel and amazement, and that’s what they were going for, and it fit in with the exceedingly specific, meticulously defined methods of Temple procedure.  The entire show that was the Temple and its service necessitated an air of mesmerizing…well, the point was that there should be no word to describe it.  All one ought to have been able to say was, “Wow!”

So is the Torah revealing a prejudice?  Sure it is — the people’s prejudice.  So very many people prefer to encounter female flight attendants, female dental assistants and male car mechanics and God, through the Torah, often does nothing more than apply human psychology to humans.