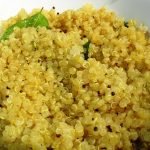 Being a single guy I really don’t have to do much for Pesach, I spent a couple of hours cleaning my car, purchased a flight to Colorado for the last days and figured out where I would for the sedarim – that’s it! Until this shabbos I really hadn’t thought much of pesach and I’m sure most of you can tell that, based on the lack of posts pertaining to this great holiday we are about to enter, yes I said great and that’s mostly because this year – I’ve decided not to focus on the negatives of pesach, the hardships of figuring out what to eat have become bygones, mostly because the food I like and currently cook is almost all kosher for pesach in the first place.

I’m going to be spending the last days of pesach at my brothers house and we had a whole argument on the phone about the crazy costs of feeding yourself and your guests on pesach, he kept mentioning all the items that cost more on pesach and all I could think about was making loads of good healthy food, roasting off chickens and veggies and grilling whole fishes. I guess I’m past shopping in the kosher aisle for $4 a can tuna and overpriced canned tomato sauce that has an OU-P. Pesach just doesn’t seem like a such a nightmare with my new skills, or am I completely wrong.

As with every year, everyone loves to complain about our archaic minhagim surrounding kitnyos, the rabbi tonight said that one of the main breakaway things the Reform originally did was to do away with kitnyos, he followed that up with a lively and well thought discussion on the issues within kitnyos and why we do it in the first place. Yes, it’s one of the most chumras and has people up in arms every year, but in the end – as with most chumras it has fairly good reasoning (except for anise seed – what’s up with that?) and once you start breaking age old chumras (no matter how silly they may be) it becomes a slippery slope and I do agree.

I can’t help but think that people focus too much of their energy on the negative aspects of pesach, the seders are long, the food is breadless and we have to clean so much – could be replaced by – “dude God took us out of Egypt and gave us the Torah – cool beans” instead of all this talk of the pain in the butt of it. It does happen to be that eating chometz is akin to eating on Yom Kippur, there is no batul v’shishim and so the stringency’s are pretty widespread. As mentioned above, I think people make a bigger deal than it is – just eat some veggies and stop thinking about donuts. If anything pesach could really effect your diet and force you to change the way you view food. I love the fact I have to eat raw unprocessed foods for most ofg the holiday, good for the body and the soul.

Quinoa is everyone’s other favorite discussion, the OU hasn’t taken a stance, but I think it’s a conspiracy. I have a chazakah to eat Quinoa and Rav Moshe is lenient with regards to new grains and besides quinoa is not really a grain, but despite the anti-anti-quinoa crowd, I totally understand why there is discussion, although I wonder how the frummies discovered quinoa anyway. Was it brought into the community frum ex-hippie BT’s? Or did it enter just miraculously, because I don’t know many frummies who shop in the bulk grain aisle and keep a pantry full of ball jars with flax and quinoa.

← How do I tell a shadchan I want a girl with a huge rack?
The dumbest passover product of the year →

31 comments for “Some pesach thoughts”