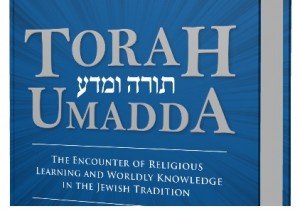 Looking over the past couple of weeks, I see that there’s been lots said about the premise of there being some sort of battle between science and Torah.  Each has its proponents, each certainly has its opponents, and there’s a general attitude among many that such a conflict actually exists.

Notwithstanding this popular sentiment, I’d say that it’s an illusion perpetuated by some who think they understand religion.  Those that do must realize that science emanates from God and there can, therefore, be no conflict.  So instead of “science vs. Torah,” I propose we embrace “science and Torah.”

This weeks Torah portion focuses on the affliction known as tzara’as.  What is tzara’as?  Well, from even before most anyone who’s reading this was born, tzara’as has been translated as leprosy.  Rabbis are quick to point out that tzara’as is not leprosy, and that’s true — leprosy affects neither clothing nor buildings, and a diagnosis of tzara’as requires appropriate evaluation of the lesion by a kohen (of the priestly caste) and subsequent ritual quarantine, after which the tzara’as may be deemed cured, and this would not apply to leprosy.

The laws relating to tzara’as are fascinating; a few years ago, I redrafted the Wikipedia article on tzara’as and if it’s still intact (and it appears that it is), one can see the fantastic detail that is discussed in the Mishna.  What is interesting is that if the lesion is so large or if it extends around the body or a body part in such a manner that the kohen cannot see the entire lesion all at once, a diagnosis of tzara’as is impossible.  Similarly, lesions occurring on body parts normally obscured from view by other body parts are generally exempt from a tzara’as.  But that doesn’t mean there’s no physical lesion — what is it then, if not tzara’as?

Well, it’s a dermatalogical lesion — a spot or speckle or something, and just like we assume that people develop pneumonia, cancer, broken arms and everything else as a result of hashgocha pratis (divine intervention), so too, a person will develop skin lesions as a result of spiritual reasons.  And if God desires that the person undergo a greater dimension of trouble, that lesion may be declared tzara’as as well.

Perhaps we can consider it like a parking ticket.  Parking tickets are really annoying, but if you check the ticket and you see that your license plate number is documented incorrectly or you were cited for parking in an intersection instead of by a fire hydrant, you won’t have to pay the fine, but you still had to deal with the headache of the ticket.  So too, God provides guidance to us by afflicting us with all sorts of things: mean bosses, rude neighbors, diseases, lost job opportunities, etc. — and sometimes, these things turn out to be fakeouts and things turn out much better than they could have, but we are to take the minor inconvenience as a hint just as we are to take a major one.

← Can You Retract a “Blood Libel”? Also: Itamar Mayor Speaks
Are you makpid on looks? →