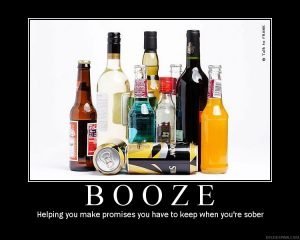 This is one of the most vague, strange questions I have ever received from a reader – it was strange enough for me to write a post about it.

I was wondering if you and your readership could help me with this. First of all, if you print this, please don’t disclose my name! I was wondering if you or people who read your blog could supply names of Orthdox shuls in New Jersey that are do not ban alcohol but are not Lubavitch.
Thanks in advance.

Now when I read that the first time all I could think of was that this guy wants to move somewhere in New Jersey and to narrow down his options based on such a silly item, at least in my mind it seems silly, but I guess you could judge the entire community based on whether they do allow alcohol in shul right?

It also seemed pretty vague to me, there are probably hundreds of none-Lubavitch shuls in New Jersey that allow alcohol. Now if he were to narrow it down to type of shul and location it may give him something, but to search out the entire state of NJ seems a bit nuts actually, maybe to search out specific parts of NJ, but of course this leads me to believe that the person sending me this email is either working on some sort of story or clinically insane.

Of course alcohol is a hotly debated thing in shuls, in my shul growing up people brought flasks to shul, the kiddush club was open to anyone who didn’t want to listen to the rabbis speech and at kiddush they had a large booze table that was open to ladies and children, so maybe this man is scared of the trend in shuls to ban alcohol. Then again, many shuls especially OU affiliated one’s have banned the Kiddush Club, but although seen as a ban on individual rights – it is not a ban on alcohol.

What’s the big deal about drinking at shul anyway, isn’t shul about davening and cleaving to the Lord, not about talking politics over a bottle of booze during laining or getting away from your wife at kiddush to drink with the guys? If your shuls banned alcohol just drink at home or at a bar, is it really that big of a deal?

← I hate body wash
I made my first gay shidduch →

45 comments for “Does your shul ban alcohol?”