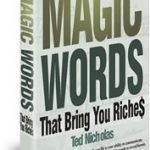 I don’t know about you , but I remember being very confused by certain words as a kid. Certain words seemed to be magic words that could mean just about anything. Like Mitzvah. My mother told me to sit by the Shabbos table and keep quiet when guests were over because it was a Mitzvah. That got  confusing when my Rebbi told me it was what God said. Or take Argumentative, Selfish, Obnoxious. These are pretty much conversation-enders that all parents can whip out at any time. If you’re a parent, you should become familiar with them.

But of course parents don’t have the monopoly forever. When kids get a little older, like late teens and early 20’s, they use normal words in very creative ways. Like:

And of course in the frum world, where we have a whole nother language to abuse, we get phrases like:

Harav Hagaon Hatzadik Hakadosh Hamefursam… Like any other tongue-twister, these words are meaningless. The ‘Ha’ introduces another word about to be molested.

Lishmah. This means ‘Doing stuff for prizes instead of money.’ Like, ‘Yankie gets to stay up late because he got 100 in the Mishnaos Lishmah competition.’ Or, ‘Mr. Lenny Cohen works tirelessly behind the scenes and donates his time and money for this shul, lishmah. That’s why the shul will now be called Bais Torah V’Lenny’.

Middos. A seemingly complimentary word, this is actually a Shadchan code word used to describe a girl you know nothing about, or who can only be truthfully described as kind of a one-eyed, lisping, hunchback.

Ahavas Yisroel. This arcane concept has been miraculously revived and is now used in our modern Jewish circles to mean ‘Please donate to…’.

← What are your favorite Jewish loopholes?
Can you imagine if frummies were liberal? →

34 comments for “The Magic Words”