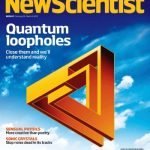 The Westhapton Eruv video got me thinking about loopholes with Judaism, I have written a comic piece about possible shomer negiah loopholes such as using a stick or wrapping yourselves in latex before engaging in some hard core premarital hand holding. But this post is different, because all of the following loopholes actually exist within Judaism.

Heicha Kedusha: Normally the amidah (shemona esrei for you frummies) is said twice, once silently and once out loud. Ever so often (especially in small towns) the minyan is a bit late and the rabbi clops the bimah and says “Heicha Kedusha” at which point the chazzan davens out loud until kedusha and then everyone continues quietly. This has got to be one of my favorite events in shul, it saves so much time – I was once at a superbowl party in Dallas and they did this because they needed to say mincha before the game was to start.

Making up fast days: I always thought that the point of fast days was to commemorate someone or God trying to kill us on a specific day, but I’m down with making up fast days for all those times I have been eating lunch and looking at my facebook home page only to see everyone talking about how hungry they are.

Eruv: Although Eruv has got to be one of the dumbest loopholes in Judaism – we Jews can’t seem to live without the string, it makes or breaks communities and saves a lot of folks a lot of money from hiring illegal immigrants to push their children to shul. I never understood how work can go to non-work just from placing a few strings connecting power lines and getting the city council to sign off on it, but I’m not sure I want to question the madness much.

Pilegesh: Let’s say you’re having trouble with the whole niddah thing, two weeks without sex is a bit much, so why not hire a concubine to fulfill your desires and maybe she’ll even let you do her with the lights on.

Pruzbol: If only we could force the Judeo-Christian US government to adopt the policy of pruzbol, we would all be debt free every 50 years or so. That’s right folks, every Yovel you get released of your debts – though I’m sure the shylock creditors being the hook nosed bastards they are must have coerced the Rabbis to make a loophole in their favor. Wait is pruzbol even a loophole? It sounds like halacha to me.

Eruv Tavshilin: Preparing on shabbos for a holiday that comes out right after shabbos is not allowed unless you make some sort of meal or set aside two loaves or matzos before shabbos to be eaten after shabbos. It never made sense to me, but not having to say nisht shabbos geredt constantly while you prepare for yuntiff is worthwhile.

Breaking sefira for work: So you’re not supposed to shave, but it’s cool if you have a job that doesn’t allow you to practice your religion openly.

Kol Isha Loopholes: Kol Isha is assur, but according to many modern orthodox (Read: not really frum, but think they are) authorities you can listen to women singing if it’s not live, you do not know what they look like, or it’s in duet form. I’m down with kol isha and I promise that of all the meals I have been to at which women were singing, I never once lost control of my inhibitions, though I have heard some sexy Tzur Mishelo’s in my day.

Sheitles: According to the Rabbis it’s a biblical commandment (yes I’m being facetious you morons) for women to cover their hair, based on the sotah case where a woman’s hair is uncovered if her husband accuses her of doing the mailman or water drawer (not based on the fact that almost every women during that period of time did so) this is done to publicly embarrass her and the Rabbis tell us that the hair is ervah (if this is so, why is showing two fingers of hair ok, while showing two fingers of other more interesting lady areas is assur) So while the married woman’s hair is assur, shaving her head and using that hair as a wig to cover the shaved head would be perfectly ok for some reason – although I think that may be akin to cannibalism in the frum world right? Instead the frum sheitle wearers buy hot non-Jewish ladies hair and make it into hair coverings which look way better than their ervah hair.

Post netilas yedayim communication: Just because you can’t talk between washing for hamotzi and eating bread, doesn’t mean we cannot communicate with grunts, hand motions and obnoxious sounding Yiddish words said out of clenched mouths that remind me of constipation – UHH and NU are not counted as words and therefore allowed.

Dividing the fast after dropping the torah: If there’s one event I want to be at in orthodoxy, it’s a crowded shul where a Torah drops and where everyone divides up the fast, so we all have to wait the equivalent of 2 hours – because I sure as hell aint doing no Ramadan by myself. I have only heard from one person I know who witnessed the Torah drop, in fact he was at a Reform shul where the ladies laining were too busy tweeting their progress and the Torah rolled off the bimah – I’m sure the Rabbi came up with a loophole for that one.

Potatoes on Pesach:They should have been banned, but prior to out chumra loving and rampant banning post war rabbis we had folks with brains on their heads who decided that banning potatoes was just too much – shame they couldn’t do the same with the internet.

Recorded Music during sefira: It gets debated every year, but since recorded music wasn’t mentioned in the gemara it’s cool. Some folks say it’s not part of our mesorah and they didn’t have recorded music at sinai (Can you imagine the sound guys checking the thunder and smoke machines?) many people argue that recorded music isn’t really counted as music.

Acapella during sefira: If there are no instruments it isn’t really music, especially if the music is so bad it’s torturous to listen to it anyway.

Selling your chometz to a goy: I really want to know if any of the folks who bought chometz ever walked into the house and took out all the booze, no one can confirm that this has actually happened and in my mind the chometz sale is such a scam it makes me smile. I guess it’s good for the restaurant I work at, or else I wouldn’t have a job after pesach.

Fast of the first born: It’s erev pesach and you have to fast if you happen to be a first born – I am – so you wake your sorry ass up at an ungodly hour to attend a siyum and eat really crappy pesach cake made out of potato starch.

Siyum for Meat: You cannot eat meat during the 9 days unless a restaurant hires someone to make a siyum every night and this is precisely what those Jews in Brooklyn do.

← Is this a chillul Hashem?
The Magic Words →

91 comments for “What are your favorite Jewish loopholes?”