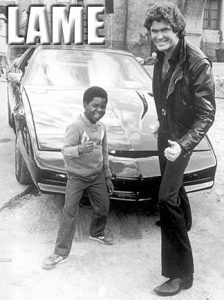 So I found this really super lame post called 101 reasons to get married, so lame was it (I would love to articulate the lameness of it a bit more – but I don’t want to make the author of it commit suicide, so let’s just saw it made me want to puke into the jar I just opened for her), that I decided to copy her and make my own – super lame list. I felt so lame writing the list that I stopped at 59 because I couldn’t take the suckiness any longer.

HT Bad for shidduchim – who also had a link to the less lame and easier to write 101 reasons not to get married.

← Nice little kiddush Hashem
Why is this night different from all other nights? →