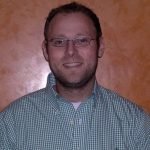 I didn’t know Ilan Tokayer very well, but nevertheless I was taken aback when I heard that he passed away in a car accident last week. Several months ago I had a itching to check out the Jewish community of Sacramento, because A I heard there was a non-chabad shul and I didn’t know it was large enough to support one and B, it would allow me to ski on Friday’s at Lake Tahoe. So one of my “fans” in Sacramento got me a place to stay it was naturally at Ilan’s, I say naturally because he was one of the best damned hosts for shabbos I’ve ever had and here is this lone single guy who can have a rocking shabbos meal and really treat his guests well. I was uber impressed.

Then just a couple months ago, my friend Sarah and I wanted to ski at Tahoe on a Friday and stay in Sac (that’s what locals call it) and again, Ilan was able to host both of us, we had a lovely meal, drank some real fine wine and had some great conversation. Ilan, like myself, is a man of food, wine and coffee. Last time I was at his house I brought him a botle of Covenant Red C which we drank along with Ella Valley Syrah, both memorable wines. Ilan also introduced me to Blue Bottle Coffee and he had a knack for being a real coffee snob – so much that he hand ground his beans because the cheap electric grinders don’t give even grinds. He even prepared me a cup of coffee before shabbos that I could drink cold on shabbos morning.

Ilan was studying viticulture at UC Davis and they had a nice write up about him on their website.

Ilan Tokayer’s passing is interesting because I have been watching the love and achdus on his facebook wall, it’s really a living memory and people have been blogging about him, making videos and digging up old pictures to keep his memory alive. May his neshama have an aliyah.

← Purim Videos Across the Internet; the Orthodox Museum; The Granddaughter of Jewish Humor
Heshy is not in the writing mood →

91 comments for “In memory of Ilan Toakyer”