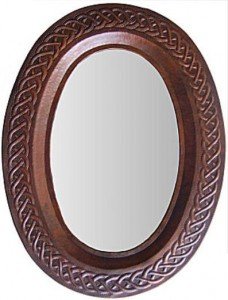 Too often, Judaism maintains a stance on a particular issue, but that stance is overshadowed by the pervasive attitudes of other religions or other cultures.  One such instance is in regard to sexuality.Western culture is largely influenced by Christianity — in fact, the concept of west vs. east has its roots in the advent of Christianity and the Great Schism of the 11th century.  And Christianity does not have a positive view of sexuality, despite their best attempts at covering it up.  Paul is quoted as saying that it is best to remain unmarried, but for those who feel they must, marriage is permitted.  And even the Catholics, who claim to view Manichaeism as heresy, possess popes, bishops and priests who remain celibate in deference to a ban on clerical marriage since the early part of the fourth century CE.

Judaism, however, does not view sexuality as a negative, as a b’dieved (ex post facto permissiveness in response to human weakness).  In fact, sexuality is a top priority, assuming it is practiced and experienced in what is deemed an appropriate fashion; in this sense, it bears no different a Jewish attitude as does eating and drinking or enjoying a magnificent hike through Cheeseboro Canyon.  Almost all the prophets, almost all of Chazal and almost all world renowned Torah scholars are married.  One must wonder at the difference in perspective between Judaism and Christianity, who both claim to follow the same rule book.

So it’s very interesting that this weeks parsha talks about how the Tabernacle washbasin was fashioned from the polished copper used as beautification mirrors by the daughters of Israel (Exodus 38:8 + associated commentary of Rashi).  Moses’ initial reaction was to reject this gift because of what he felt was the contemptible nature of their use — the women would use them to entice their husbands to engage in sexual relations with them.  But God encouraged their inclusion, saying how he found them to be the most beloved of all the temple gifts — for they were used in the pursuit of building the nation even when the husbands were exhausted from the slavery.

So we see here two things: Our leader was human and made an error in judgment and sexuality can be a tremendously positive thing, even l’chatchila (a priori) — two things that Christianity denies as possible, considering its stance on papal infallibility and clerical marriage.  Judaism, however, must stay true to these axioms and not allow the position of foreign cultures to negatively influence how we practice our religion.