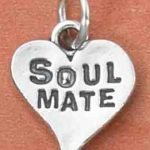 Saw You At Sinai has accomplished a few things for me at once, it has made me feel that much better about leaving the east coast, taught me that I’m that much cooler than most of the frum folks out there and gave me a new idea as to why the shidduch crisis may just be a scam after all.

I have refrained from joining Saw You At Sinai (SYAS) for many moons, not because I wasn’t ready to give up the outdoors for a life of diapers and deli roll, but because I feared that I would be set up with too many girls – all who according to SYAS have a ten day expiration date and lose good matches, because I was busy figuring out which of these multiple girls I wanted. Basically, SYAS seemed like such a grueling task that I didn’t want any part of.

One bitter cold January evening I decided to join, I wasn’t feeling lonely, I wasn’t feeling desperate, I was just heeding the advice of people who told me I was having too much fun (is that possible) and that since I had finally found a career I should now look for a wife – I could use a cuddling partner, but a wife? Well, I guess a cuddling partner could lead to that.

No sooner than hitting “pay” was I set up with 5 girls, almost like the shadchanim were stalking me, the freshest meat on the site and then bam they hit me. I’m not gonna lie, it felt good, until I read the profiles that is. You see SYAS profiles mostly suck because the shadchanim don’t force you to write anything, they have all these check boxes for personality type and things you like to do – I always wonder about the girls who check the box for “skate and bike parks”

So I went to reject the girls and similar to the way AOL used to make it hell for you to cancel an account, I had to jump through loops as to why these girls weren’t suitable for me – so I just picked at random, most were not quantifiable – but it really just had to do with my version of the Geographically Undesirable girl – pretty much anyone who lives in the New York or Miami Metro areas, basically, if you’re from somewhere I wouldn’t want to vacation I don’t want anything to do with you – it’s deeper than that, but that’s the gist of it.

Some people fear flying, others fear dogs, my biggest fear in life is marrying a girl from a place I dislike and having her want to move back home (I have noticed a trend in girls wanting to move close to their parents once they pop out a couple of kids) Along with this fear is being forced to spend my vacation time or holidays in places like Miami, Lakewood or Far Rockaway, etc…I also have a fear of dating girls who never lived out of the home, or far from mommy and daddy, I like em independent.

Finally after canceling all of these matches, they just kept sending me match after match – to the point where I’ve decided to quit the site, it’s really too much and I have some potential matches out of the SYAS realm that have recently developed, but those aside, I really wanted to gripe about Saw You At Sinai.

They have 33,000 members and 581 matches, is that good? I guess it can’t be a bad thing, they are making bank and the shadchanim are working on commission, I wonder if any of them have been making good dough? Who does it for the money anyway?

So I asked a lady friend of mine about why I’m getting so many matches and she looked at me like I was crazy and told me that she has gotten less matches sent to her in two years than I have gotten in two weeks and what’s funny is she’s not a bad looking gal, super cool and lives within the 5 boroughs, so what gives? I have several theories, one is that there are way more women than men willing to join SYAS and therefore they have been forced to send us that many more matches or maybe I’m fresh meat or maybe I’m that much cooler than everyone out there.

← Tachlis with benefits
How the word shiksa was invented →

99 comments for “Saw You At Sinai Sucks”