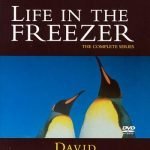 During the pursuit of your bashert and ultimate marital happiness, the dating lingo can easily become confusing. A brush-up on the innuendos and how to properly read between the lines can never hurt. And remember, the definition is never what appears in Miriam Webster.

“Adventurous“: She/he attends NCSY events and will consent to date people who consider themselves more Modern Orthodox.
“Attractive“: Looks grow on a person. Beauty is on the inside, after all.
“Busy“: No, she/he isn’t in medical school or working 3 jobs. “Busy” means that she/he is dating someone else.
“Comfortable“: The family has money (i.e. the shadchan is looking forward to the rather lucrative reward that this potential engagement will bring).
“Erlich“: He wants to be honest with his wife, so to avoid lying, he decides not to tell her about the Ponzi scheme that he’s running.
“Flipped Out“: After coming back from yeshivah/seminary in Israel, she/he now waits six hours after eating meat, has recently disposed of their TV and installed filtered internet on their laptop.
“Frum“: A nice religious maidel/bochur…as long as no one hears about the year in Michlelet Esther/Ner Yaakov.
“Good Family“:  The parents aren’t divorced. Although the father was investigated by the FBI for fraud, he was never convicted, and no close family is currently serving time in jail.
“Good Listener“: She/he does not attempt to get any words in edgewise during talks with the shadchan.
“Gorgeous“: Looks are relative, but the shadchan is definitely a close friend or family member.
“Heimish“: For dessert, they favor “Manischewitz” cake mixes over those of “Duncan Hines”, and when it comes to their stir fry, “Soy Vay” trumps “Mikee Sesame” every time.
“In Business“: When the family is “in business”, they’re either involved in something illegal, or involved in nothing at all.
“In Town“: This term refers to the New York City area. Neighboring areas such as Brooklyn, Monsey, and Lakewood are included. Also, you must be originally from New York. If you live in the Upper West Side, but grew up in Connecticut, you will still never be an in-towner.
“Lovely Middos“: She/he cannot carry on a normal conversation.
“Modern“: She wears pants in the house and attends Stern. He wears jeans, spends his days at YU, and saw “The Dark Knight” in theaters.
“Nice“: She/he lacks any sort of personality, and does not have any noticeable and defining character traits.
“On The Market“: She/he has started dating with tachlis (for marriage). If this term is used, it usually implies that the person is extremely eligible (i.e. hoards of girls/guys are just itching to get on their list).
“Out Of The Freezer“: See above (“On The Market”)
“Out Of Town“: Everyone knows where that is. It’s anywhere that isn’t New York. (See “In Town”).
“Open Minded“: This means that the guy wouldn’t mind if her tichel doesn’t cover her entire hairline while she’s in the house. Conversely, she doesn’t mind if he occasionally dons a Yankees hat instead of wearing his black velvet yarmulke.
“Resume“: A profile used during the job interviews you endure when looking for potential spouses.
“Straight Off The Plane“: She/he has just come back from their year in Israel and is too wrapped up in ruchnius to concern themselves with gashmius (which includes their  physical fitness and secular education)

Heshy chimes in: So I’ve been chatting with this super cool gal on the phone recently (chatting on the phone is the lingo for out of town shidduch dating – in this case a 2000 mile flight in a few weeks) and we were talking about how most frum dating profiles suck and she told me that it’s funny how a lot of them say things like “I’m adventrous and like to try new things” because in her world that would mean they’re into kink or BDSM stuff. I can never look at Say You At Sinai or frumster profiles the same again – I keep seeing these nice Stern Girls who say “I like to try new things” bent over a shtender with their rabbi slapping them with a new chosson shas or something.

← Frum Acronyms you should know
Tachlis with benefits →