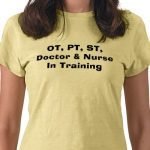 We frum folk are constantly using acronyms, on this here blog you may read terms like BT and FFB dozens of times before you actually figure out what they are (lots of non-religious Jews ask me. Even after you figure out what certian acronyms stand for, you may not actually find out what they truly mean – because many of them are used by certian groups of people and they have connotations to them, if you have any other frum acronyms that I failed to mention, please add them in the comments below.

FFB – Frum From Birth: This term is typically used in situations where there are a lot of folks who may not be FFB, converts, baalei teshuva and others who we FFB’s really think are insane for joining our insanity that we ourselves refuse to leave because we fear the wrath of the lord and our rosh yeshiva too much.In frum circles the term isn’t thrown around too much, but in places like the Bay Area where those who grew up frum are in limited supply, it’s almost like a badge of honor.

BT – Baal Teshuva: The term BT is used pretty frequently on this site so you better know what it means. It is a Jew who became orthodox through drinking the koolade of a kiruv organization (at least Aish doesn’t put cyanide like Jones did) For many, the term BT is negative, it means that you aren’t as good as the folks who were always frum, I would argue that it means they are better, because they actually want to be part of the madness and weren’t born into it. I owe a lot of the humor and ideas on this site to BT’s, most of them have a great sense of humor when making fun of their journeys to orthodoxy, while FFB’s tend to have some dried out kishke lodged in their tush’s not allowing them to fully grasp the fact that orthodoxy is damned funny.

BY – bais yaakov: Bais Yaakov is a very frum/yeshivish all girls school system. Some bais Yaakov’s like the one in Baltimore are considered more modern (they typically have indoor plumbing and wireless internet) Bais Yaakov girls are the generic version of the frum girl, there are hundreds of other frum girls schools out there, but since the BY movement franchised out their schools in other cities – many people refer to girls as BY Girls to explain their hashkafa, unfortunately for our sick minds, this has nothing to do with a bunch of frummy girls having naked pillow fights in knee socks. Contrary to popular belief, Bais Yaakov girls gone wild is merely an invention of my mine and doesn’t actually exist – no matter how many people ask me where this mythical video is (I know of someone who offered to go into production of the film with me – but I felt too guilty about all the Jewish sperm wasting that would come of it  so I refused)

BK – brooklyn: People usually only refer to Brooklyn as BK when writing texts, emails and facebook status’s, but you might as well know, because you don’t want to look like a provincial out of towner when writing on your cool Brooklyn friends’ facebook walls.

SY – syrian: I remember hearing this term for the first time when I was a week teenager and took me years to figure it out, I guess it evaded me like LMAO did (first saw that term in the mid 90’s and just recently found out what it meant) In LA they have Persians and in Brooklyn and Deal, NJ they have SY’s and they literally ask things like “is she an SY?” So now you know.

OTD – Off the Derech: I’m not really sure who coined the term, but I’ve been using it for years and I hate it because it implies that there is a derech and that if you leave the prescribed derech that it’s a bad thing, which it most definitely is not, but alas we continue to use it because there’s no better substitute.

JAP – Jewish American Princess: In all truth, JAP’s aren’t really an orthodox thing, sure the modern orthodox snobby girls from Long Island can definitely be counted in on the JAP thing, but I always associated JAPS with non-religious girls who wear really expensive clothes and date frat guys.

BTL – Bachelors of Talmudic law: I think the frum community is the only place where you can meet a guy who didn’t graduate high school and never stepped foot onto a college campus before going to Law School and you know what? They do quite well in law school – thanks to their bachelors in talmudic law – given by any yeshiva worth their weight in challah crumbs to entice students to learn before they earn – it improves their shidduch market value (chas v’shalom the couple is able to support themselves when they marry) and improves their chances of weening themselves off of welfare and shver (father in law)

KGH – Kew Garden Hills: One of the most diverse and affordable frum neighborhoods in NY (Queens) it is home to Lander College, Chofetz Chaim and cholent flavored ice cream. Like everywhere else in Queens, it’s incredibly boring (unless your idea of culture is kosher pizza and cholent flavored ice cream) but most people who move there aren’t exactly cutting edge and exciting.

KJ – kiryas joel: One of the poorest and highest growth rate towns in America, KJ is an interesting place, it’s an incorporated city in upstate NY near the town of Monroe (pronounced Munroe by chassidim) Weird stuff happens in KJ, just check the news or failed messiah to so about all the illegal weirdness that goes on there.

OU – Orthodox Union: Not only are they the largest kosher conspiracy organization, they are into kiruv and shul sponsoring as well. It’s like the JD powers of orthodoxy.

MO – Modern Orthodox: You know those orthodox Jews who have embraced the internet for good, gotten secular educations and allowed their women-folk out of the kitchen? Well, they have degraded themselves by allowing mixed swimming, eating non-kosher vegan out and not realizing that Hallel can only instituted by the Rabbis (dead one’s of course)

MBD – Mordechai Ben David: One of the most famous Jewish Musicians ever and you can watch him claim that he never takes his music frum anywhere (how could a frummy use goyishe music, isn’t that stealing?) while his most famous song Yidden is taken from a 70’s German disco song. Scroll to the bottom of this post for the video.

NCSY – National Conference of Synagogue Youth: Possibly the most sane of the Kiruv organizations, or maybe it’s just because they snag unsuspecting public school kids young enough for the brainwashing to last years until they take the final plunge to Tenack and maybe Israel.

OT/PT – Occupational or Physical Therapy: They used to be respectable careers until frum girls hijacked them in order to have children. You can make your own hours and make bank, it’s not about helping people because you’re passionate about it anymore. Nah, it still is a respectable career, but people roll their eyes whenever a frum girl says she’s going to be an OT or a PT and happens to be at Stern, Touro or Queens College.

OZ – Oheb Tzedek: The reason why people pay half of their salaries for rent on the west side is so they can strain their necks to look up at the balcony or down from it at OZ on Friday nights. Singles flock to this shul to mooch meals, get back rubs on the sidewalk during kabalas shabbos and find their wife. Unfortunately, people who move to the upper west ide are 10 times more unlikely to find their wives than anyone else – mostly because it’s like a never ending salad bar with too many choices and people like to taste, but never commit. If you don’t go to OZ on Friday night, your chances of getting laid, ahem, married – are greatly reduced.

BH – Baruch Hashem: One of those things your supposed to say when asked how you’re doing. Frummies use the Baruch Hashem phrase, like non-Jews and regular folks say “chillin like a villain” I have been noticing that people have started (mostly BT’s) to say things like BH I’m doing great, kind how LOL itself has been inserted into sentences, but that’s because LOL really means – you ought to laugh, but aren’t.

UWS – Upper West Side: The place where I grew up, a neighborhood in Manhattan that is quite nice, very residential, park filled and settled mostly by shallow flexidox singles who move there with high hopes of finding a wife, only to realize that they weren’t the only ones and there’s too much competition. UWS is used as the example by frummies to incite fear into their nice BY girls minds as to what may happen if they remain single past the age of 23. Stories of tefillin dates, women’s megillah readings and mixed dancing have all been spread throughout the frum community to convince them that the UWS is a good reason to get married to someone you don’t love, but will make a good parent.

YU – Yeshiva University: Not only is this higher learning institution consistently ranked pretty high on US News’s list of good universities, but saying someone is a YU type of guy doesn’t actually mean they went there, it is used typically by frummies who call anyone they find to be modern orthodox – a YU or Young Israel type of person, which sucks in reality because many of the folks who go to YU are frummer than the typical modern orthodox they are referring to. If you want an assured job in accounting, finance or kiruv YU is a great place to go. If your dream is to marry a stern girl who was a HASC councilor and live in Tenack one day – go to YU, but if your plans are to have a real college experience and to remember only bits and pieces of it, for Gods sake don’t go to YU.

55 comments for “Frum Acronyms you should know”