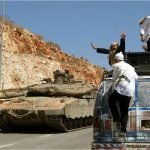 There are a lot of different sects and sub groups within orthodoxy and some of them are quite annoying, this post came out of the idea I had to write about whether Messianic (Yechi) chabadnicks or Nannach Bresslovers were more annoying, but then I realized that there are loads of others that can make the list.

Nanach Bresslovers: I can understand that jumping out of a van in the middle of a traffic jam while you’re tripping on acid can bring joy to some people, but can’t you figure out some other songs to sing? I mean, you only have one or two songs and they are always put to terrible techno music.

Nanach Wannabe’s: The only thing more annoying than nanach guys are the guys who go on Brithight and come back wearing a big white nanach yarmulke, long ass techeles tzitzis and kissing their hands whenever they shake yours on shabbos.

Bresslov Book guys: This is not an all out anti Bresslov post, but it just so happens that Bresslovers can get pretty annoying and I’m kind of annoyed at the fact that a few crazies have taken this interesting chassidus (if any one rebbe chassidus even deserves such a status) and make it look so nuts – I have met normal Bresslov chassidim, but it seems to be a rarity and the normal one’s claim the crazies are not really Bresslov. So these guys who hand out books are totally annoying, I will totally give you tzedaka, but I don’t want your damned book. I was on a date once in Brooklyn and this guy gives me a stack of books on finding my bashert – I just wanted to yell at him, but I was on a date after all.

Yeshivish Kiruv Rabbis: Dallas is a big kiruv town and the kiruv practiced there is of the yeshivish variety, I remember over hearing a conversation about whether or not the Rabbis should allow their guests to sing benching because then the women will sing and it was a debate whether or not it’s better they bench or hear kol isha – craziness!

Over Enthusiastic Kiruv Rabbis: I remember going to this Hillel event in Monsey once and this rabbi approaches the table I was sitting at and sits down trying to be cool and says “Nu, guys how are your neshamas doing?” something you don’t say to three guys who are cynical ex-frummy types who are at an event for free food and picking up girls.

Chabad Street Teams: Did you know that there’s a gemara that basically says someone will be saved (from hell) if they put on tefillin once and this is one of the reasons that chabad kids do mivtzoyon and because the rebbe said so. I am not so annoyed when one guy asks me if I shook lulav that day, but I kind of cringe when they ask me if I’m Jewish – it just sounds so bad and I know that many people are exceedingly annoyed by the street teams, despite the mitzvos they coerce people into doing.

Niturei Karta: We get it, you’re trying to get attention and you’re crazy about Palestinians and other Arab types that want to kill us and you to, but just shutup already.

Geocentric New Yorkers: The types that think Brooklyn is the best place in the world, New York is the capitol and that everything beyond the Catskills is no man’s land until LA and Miami which are both “out there somewhere”

Hockers: We love to hate those guys with all the keys, pagers, sirens and bluetooths and you have to admit – hockers are some of the most annoying frum Jews out there.

Hot Chanies: They drive like nuts, they usually aren’t very hot and they talk exceedingly loudly on their cell phones. It doesn’t help that their husbands are hockers, their children are always loud and they always complain at restaurants.

Yellow Flaggers: The common way for chabadnicks to call yechi (messianic) folks. I myself am not so annoyed by folks who believe the Rebbe is moshiach, I had a roommate who was a yellow flagger once and it really provided me with a lot of entertainment, but the same cannot be said for vocal yellow flaggers. The one’s who think the Rebbe could be compared to Moshe Rabeinu and that the Rebbe’s funeral was someone else, the guys who sell Rebbe mikvah water – oy!

Modern Orthodox Nerds: This may constitute 70% of Yeshiva University which seems to attract the nerdier types while the cool Modox folks go for the real college experience. These nerds are the types who become NCSY advisers during college and hold onegs with kumzits’s. Their dream in life is tobecome an accountant at deloitte,  get married to a stern girl named Ariella and move to Tenack.

Not you typical Bais Yaakov girls: If they have to imply they aren’t typical, they are worse than typical.

BT’s who give mussar: There’s not much worse than a newly minted, fresh off the aish hatorah presses baal teshuva that gives you grief about the crap you do.

Chabad hip-hop artists: I have no idea what happened, but all of a sudden there are dozens of chabad BT hip hop artists and I think the market is a bit saturated don’t you think?

44 comments for “The most annoying frum Jews”