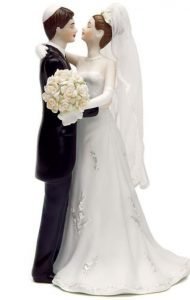 Torturous slavery.  Exquisite exodus.  Elaborate miracles.  Divine revelation.  Magnificent treachery.  Unfortunately, that sums up where we find ourselves in this weeks parsha.

For the giving of the Torah on Sinai, the Nation of Israel was compared to a bride and God to a groom (Pirkei de R’ Eliezer 41).  For 3 days, Israel prepares for the ceremony.  Suddenly, the day arrives!  The flowers look beautiful, the shmorg is awesome and Neshama Orchestra is playing Pachelbel’s Canon.  God finally meets Israel under the chuppah and, boy, does she look amazing!  Everything’s going as planned — and with the smashing of the glass, the trumpet starts blasting and people take to their feet.  The new couple is escorted amidst joy, singing and dancing to the yichud room and the rabbi closes the door.  Wow…what a thrill!

After the requisite 9 minutes, the newest Mr. and Mrs. are whisked away for more pictures and during the ensuing hullabaloo, someone notices that the bride is missing.  Cautiously, the new husband and his friends and the photographer and the rabbis and all the guests begin searching for the bride, but she is no where to be found.  Where can she have gone?  It’s her party, after all.

Then, someone notices a bit of noise from the yichud room.  But it’s not the noise of newlywed excitement, nor the noise of emotional outburst — no, it’s an uproar of turbulent passion (~Exodus 32:18).  The crowd, with the groom in the lead, bursts into the room to see the young bride engaged in an affectionate embrace with…*gasp*…another man!  In fact, the bride and her lover are so engrossed in their passionate kissing that, at least initially, they don’t even realize that they’ve been discovered.

If this were to actually happen, the subsequent fury of the groom would be understandable.  But if you found out that only a few weeks later, the newlywed couple was back together, what would you think?  That the guy is absolutely crazy.  He must be completely out of his mind!  How could he take his wife back after she cheated on him without even bothering to leave the wedding hall?!

R’ Jonathan Rietti explains that, unlike people, God is aware of people’s thoughts.  He is intimately familiar with our intentions and our hesitations, and when Israel sinned with the golden calf and subsequently experienced earnest remorse and sought reconciliation, God was able to appreciate Israel’s sincerity.  So although we might never be able to overlook such a groom’s extraordinary inappropriateness in accepting an apology from such a bride, when the same thing happens between God and Israel, God can be looked at more favorably because he knows, as they say, what lurks in the hearts of men.