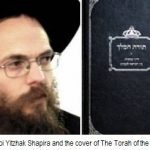 I just finished reading Torat Hamelech, the recent book that has become the talk of the town in Jerusalem and I just don’t see what the big deal is. Sure, it said that you should kill non-Jews, but this is a Torah commandment and if you call yourself a Torah Jew, you better be killing some non-Jews, it’s no different than z’man kiras shema and learning chitas. I myself am all for the killing of non-Jews, they make goyishe music, they temp us with chukas hagoyim and they have created this discrepancy between beged ish and beged isha which has led to great rifts between modern orthodox and plain old orthodox Jews – they obviously deserve to die.

Killing non-Jews would have helped us much in the times of the inquisition, Holocaust and any other tim where they killed us instead of we killed them – we may not have any holidays in that case, but we wouldn’t have had to suffer through such a poor read as Torat Hemelech, I may have said that killing non-Jews isn’t such a big deal, but the least the authors of Torat Hamelech could have done was fit in a decent plot.

In all honesty, I couldn’t get through much of the book, killing non-Jews is one of those hot topics of the moment, but I just don’t understand why they couldn’t have made it more interesting. It is a rather interesting subject, all it listed were the halachos surrounding the kill, like that you couldn;t say tachnun on the day of the kill, but you couldn’t do the kill on shabbos or in front of a bathroom (the stench would be overpowering you know) oh and not only does the book say that it’s cool to kill non-Jews, but you also have to get their kids and wives too (those frummies, always paying attention to details). Unfortunately, the book failed to mention whether I can keep their stuff when I off them and whether or not we have to check to make sure they are in fact not Jewish, or if we can rely on a chazaka, or if they get a free pass if they are converting.