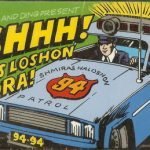 It took me over a year of living in the Bay Area to hear any sort of politics or negative feelings between organizations or Rabbis. I hadn’t even realized that the shabbos tables of the Bay Area weren’t used to discuss the latest political scandal until I was at someone’s house recently and the hostess mentioned some sort of beef she had with one Bay Area organization – I was so excited to hear gossip and loshon horah because I had been deprived of it for so long and I started thinking about how, although I could guess the tensions between different frum groups and communities – I had never heard anyone actually bad mouthing anyone else in my entire visit here.

Now this may all be my imagination, it is definitely possible that there is loshon horah being spoken at Bay Area shabbos tables and that when I show up they may refrain because they don’t want me of all people to know the politics, but I find it unlikely that anyone would stop just for me. It’s hard for me to remember any meal when I lived in certian upstate NY cities that didn’t involve some sort of community political discussion and it was always so much fun, but I guess these left coast libs have higher virtues than those moral majority Jews on the east coast or something.

I guess, I’m just kind of shocked that I’ve gone through a year of shabbos meals at every large community in the Bay Area and haven’t heard much slander, gossip or bad mouthing at all. Not that those in the East Bay don;t bash those in the South Bay or that SF peeps think they are better than everyone else – but it’s not the same as ragging on Rabbis, shuls, schools, yeshivas, kosher organizations and other key players in the political makeup of any full functioning Jewish community.

← Day school laptops on eBay, what a steal!
Stop screwing with the converts already! →