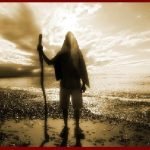 Figuring out why something bad is happening to you is dangerous territory, of course I can rock it Agudas Yisroel style and blame it on the gays, but instead I decided to blame it on not giving enough tzedaka. As many of you know, I’ve been bed ridden for the last week and have been sick for the last two weeks or so and since exausting the choices on Hulu I took to a more mussar approach of taking a cheshbon hanefesh and then proceeding to try and fix all of the areas where I am lacking as a Torah Jew. As you can imagine the list is long and daunting, going from things such as not being koveah ittim, forgetting to set aside ma’aser (tithes of 10%) from each paycheck I receive to figuring out if my entire internet empire is causing more harm than good.

It’s a good thing I got a whole days worth of programming out of Hulu and Crackle, or else I would have had 4 days rather than 3 to think about my damnation. I tried to explain my spiritual workings to someone over shabbos and I described it as a mussar ladden chossid who is joyous for all the good yet constantly beating myself down over not being frum enough and therefore not really having true emunah and bitachon in the good – it’s really quite complex and therefore I try to make you all think I’m just some insensitive schmuck and has no spirit.

When I woke up Friday I decided I wasn’t going to be sick anymore, I pointed fingers at the sky and told God I was going to wander around coastal California and do some learning and self reflection amongst his beautiful creations – whether he like it or not, apparently he wanted me to do this because I felt good enough to put on tzitzis of all things and daven while standing up the whole time. Rophei Cholei Amo Yisroel brought out some torrents of tears, but it was just the beginning.

I filled up water bottles and hopped into my car that had seen a record of 15.3 miles for the entire week, 14 of which was done driving home from work on Sunday night when I had gotten a very nasty ticket with three moving violations (later I learned that this was nothing and that budget cuts had the cops searching for any flaw) either way, I had a huge fine and lost wages for an entire week so I was in the pits with regards to money – which of course led me to the conclusion that one of the reasons I was being punished (for all I know it was a bracha and not a punishment) was because I wasn’t giving enough tzedaka.

Alas I hopped in my car and immediately starting bawling, it wasn’t that immediate, I started listening to three of saddest bluegrass songs I could think of because I really just needed to cry. I haven’t been sick for years, I cannot swallow pills and I am an extremely active person who cannot sit still – it basically caused some crazy depression which has led to this amazing bout of self reflection. So I’m listening to Sam Bush’s North Country Girl which is such a beautiful and sad tune and I’m crying and hyperventilating and it’s good because I’m free of my bed.

I’m looking around at the lush green mountains that surround San Jose and I have this incredible surge of hakaras hatov, it’s pretty unbelievable that I get to live here and so I’m in this incredible state of sadness and happiness – which has stayed with me through shabbos.

It’s been a long time since I have just driven without a destination, even last Friday I had specifically wanted to see Lake Berryessa which is east of Napa Valley, but this time I was cruising south destination unknown. I just wanted to perch myself on a ledge somewhere and gaze out into some sort of vast beauty (not hard to find in my neck of the woods) so I drove, cried and talked to God – while the windows were rolled down and the sun danced on my face.

By the time I was approaching Salinas I decided to go to Carmel Valley instead of Big Sur, not sure why, but I ended up driving to the southern end of Carmel Valley and driving north. I’m on this Arryo Secco road in the middle of nowhere and suddenly, as if it had been waiting since the times of creation – placed there by God to comfort me in this stormy madness, a view so sublime and vast opened before me with a pull off for just one car. Spread before me was a canyon with a river and layers of rock forming on the outsides of the canyon surrounded me these unbelievably green and lush mountains – it was really breathtaking and different looking than the rest of the area – there was this flat plateau below me and cows were grazing and I’m sitting there watching their movements – I felt very voyeuristic.

So I’m reading the garden of Emunah, which was sent to me by a fan who has decided to buy me health insurance (the amount of hakaros hatov I have for that is pretty tremendous and it makes me feel like I must be bringing some sort of good into the world, if people are willing to extend such chesed toward me) Anyway, I’m getting into this book and of course I open to the page (I would be such a good lubavitcher if I ever decided to be a member) that is talking about monetary loss and it’s association with being stingy about tzedakah, I tend to give a lot of tzedakah to random peeps, but I was thinking about setting aside from every paycheck for my local organizations – so yeh I’m off to tears again and hoping no tourists show up to watch me in my bawling status.

I was cut out of my state of reverie when I realized it was getting close to shabbos, of course the drive back gave me a piercing headache, but I decided I would go to shul anyway, I needed some good mussar and the best mussar in the Bay Area comes from Rabbi Levine. Yet when I walked into shul I was informed that I happen to be in San Jose for their annual shabbaton and brunch and that I would be hearing Rabbi Yisroel Miller who was the guest rabbi that week.

Either way I found it interesting that I was here instead of Lake Tahoe and that the event the Rabbi had told me about months before would actually be attended by me. I made up my mind that I would spend the money (mostly tzedakah) to attend the brunch and that all these events were divinely arranged to have me show up at this shabbaton.

Not only did the Rabbi speak well, it was as if he were speaking to me, like he knew my thoughts or something – I like rabbis who have a knack for that. He also scored points when he quoted Hirsch and Kook – rare for someone of the yeshivish persuasion.

Of course I had a load of kavannah in shul, I wished I could pull this off on yom kippur, than I wouldn’t have had to quiet my whimpering I could have let it all loose, but it was an ordinary Friday night and I was trying not to let anyone know that I was in deep pain and despair over being sick and over wondering how to wield this great power I have created for myself.

I dived into pirkei avos and was reminded over not knowing how far our reach goes, but this brought me to a great conundrum, was I, Heshy Fried bringing any sort of bettermento to the world by showing that there are some sick people looking for chassidish gang bangs and frum porn? What was I accomplishing besides being a letz? What did that do for peoples souls? Of course I started to think chassidish style on the subject and I started thinking about people who may have stumbled upon that post and wandered around the blog and may have been uplifted from some sort of depression, or may have found some tidbit of Torah when they haven’t learned Torah in many years or maybe they found something that made them search their souls – I have no idea what the far reaching effect of anything I do is – though I wish I could know, for I feel the heavenly scales are weighed out against me for all these little pieces of bad that may unknowingly be caused by me. Have I caused undude harm and hurt? Have I made people stray from their path? You see how one could get depressed…

See what happens when I don’t ride my bike for a week.

← Using cell phones to look through the mechitza
Day school laptops on eBay, what a steal! →

34 comments for “Let’s get spiritual man”