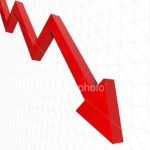 The shidduch market has been taking a wild ride this week after Rav Ovadia Yosef announced that Jews should never say “oh my God”. The ban sent shidduch markets around the world into a wild downturn as folks in shidduchim tried to erase any evidence of them ever having said oh my God, oh my Gosh or OMG. OnlySimchas.com went down while girls scrambled to erase hundreds of thousands of OMG statements that are said on every simcha.

“The shidduch market hasn’t fluctuated this wildly since the Indian Hair Crisis of 03” according to shidduchim expert Esther Jungreese “I couldn’t think of a worse thing then to downgrade the shidduch market value of thousands of girls just because they used God’s name in vein. I am willing to bet that many younger girls don’t even know what OMG even stands for” The In Town Shidduch Average has been dropping so steadily, many shadchanim have thrown out whole rolodexes of girls.

It has been reported that many girls have hired hackers to clear their names of any OMG’s, proving that for shidduchim any means necessary can be used, legal or not. Unfortunately for many girls, it is too late, many have been blacklisted by shadchanim for foolishly using Hashem’s name in vein when they could have refrained and said something like Mazel Tov instead of OMG Brachy LOL I’m soooooooooo Happy for you.

Others think it’s just plain stupid, since when has anyone actually listened or abided by what Crazy Yosef had to say? Ovadia Yosef is known to say some pretty outlandish stuff, but no one takes him seriously anymore, some folks like Heshy Fried of FS News actually think he is hired by Vos Iz Neias to give them more traffic to discuss these crazy bans.

Fortunately for the shidduch markets, not everyone is paying attention and for some shadchanim it’s business as usual. Many shadchanim told FS News that things like table cloth color, where their mother went to shul growing up and how long their brothers peyos was – were way more important than taking God’s name in vein and that the shidduch market should correct itself shortly.