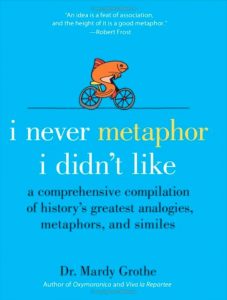 As a follow-up to last week’s post and subsequent focus of argument, I was trying to think of a Dvar Torah that is so blatantly absurd in literal form that even the most right-wing, closed minded individual will be compelled to explain it figuratively.  Over Shabbos, I read my daughter’s school parsha sheet and was astounded to find exactly what I was looking for, so here it is:

In Exodus 19:13, it states “b’mishoch ha’yovel” (with the sounding of the shofar); when the Shofar is blown with a long note they will know that they can climb onto the mountain because they will know that Hashem left.  This is referring to a ram’s horn. Rashi says that this was a horn from the ram that was sacrificed at akeidas yitzchak (the binding of Isaac) .

Rabbeinu Bechaye asks, “How could this possibly be the same ram that was sacrificed?  That ram was burnt!?”  The answer given was that Hashem created a new ram from the ashes of the ram that was burnt.  Pirkei de R’ Eliezer says that the bones of the ram were used for the foundation of the mizbei’ach (Temple alter). The skin of the ram was used to make a belt for Elijah.  Its tendons and ligaments were used for the strings on David’s harp. The left horn of the ram was blown at Sinai, and the right will be blown by Moshiach.

My initial reaction to this Dvar Torah was, “funny how R’ Bechaye is incredulous enough to ask how the shofar could possibly be from Abraham’s ram, yet figures that a pheonix-ram is a suitable solution to that problem.  And R’ Eliezer, about whom it is stated that he never said anything over that he did not hear directly from his rebbe, makes the claim that this ram took the form of numerous horcruxes that conveniently turn up throughout Jewish history exactly when needed — in other words, perhaps we should be spending more time expounding Harry Potter.

So what are we to make of this?  What we are not to make of it is. “those of us alive in 2011 are too intelligent and informed to accept such drivel, so let’s re-interpret it.”  My position, perhaps misunderstood by some last week (at least initially, perhaps), was that when R’ Bechaye and R’ Eliezer said these things, they were speaking figuratively and did not think that anyone would ever suspect that their words were to be taken literally.  This, as I said, is the position of Maimonides.

The title of this post derives from a lecture given by R’ Mordechai Becher that traces such an approach from R’ Saadia Gaon, but then devolves into a tremendous focus on the protracted “Introduction to Understanding Chazal” of Maimonides in his commentary of the 10th perek of Mishna Sanhedrin.

He begins (with the large and emboldened “HaRishonah“) by stating that there are 3 groups of people.  The first group, comprising the vast majority of people, takes Chazal at face value and doesn’t appreciate the real meaning of their words.  They are unable to grasp the profundities of knowledge and understanding and they are far from recognizing Chazal’s intended message, thereby missing out on the tremendous insight and inspiration that are afforded to those with the mental faculties to perceive the metaphorical nature of their words.  The most tragic part, he laments, is not only that this group doesn’t get it, but its doesn’t even get that it doesn’t get it — these individuals cannot appreciate their own poor of assessment skills, in line with the Dunning-Kruger effect.  But at least these people treasure the words of Chazal

The second group also comprises a large percentage of the population and they also erroneously take the words of Chazal to be literal, but they do not esteem Chazal, and as such, they develop a strong sense of cynicism.  They scrutinize the words of Chazal with an eye towards mockery and subterfuge.  They doubt the validity of Chazal’s words in contrast to science and philosophy, and they are worse than those in the first group because they think they’ve deciphered the message but they’ve actually got it all wrong.

The third group is so scant, decries Maimonides, that it’s hardly fitting to refer to is as a group on par with the first two.  This group consists of those who understand Chazal’s methods and intentions with honesty and sincerity.  Those in this group readily see that the statements of Chazal exist as both the revealed remarks as well as the concealed messages, because their words are formulated primarily as riddles, parables, analogies, metaphors and other obscure forms.  Their words are presented in enigmatic formulations that necessitate decoding, because it is in this form that their words have the greatest potential to penetrate the most lofty and exalted planes of the human mind.

So, in relation to my daughter’s parsha sheet, those in the first group look in utter amazement to God for his most awesome and terrific power over the natural world in that he can take the ashes of a burnt ram and restore it to life and then make a bunch of significant events in Jewish history follow supernaturally with intricate ties to the first event — but that’s not what R’ Bechaye and R’ Eliezer meant when they said what they said and the members of this first group champion a non-sanctioned cause, but they can’t be told that they do so, because they’ll call you a heretic if you do.

Those in the second group look at the Dvar Torah above and will roll their eye no less than 7 times — two for the phoenix and one for each horcrux.  They can’t seem to understand why they are represented by aged thinkers who were so out of touch with reality and wasted so much ink on nonsense.  So almost nothing Chazal say is worthwhile to read or discuss, and this group would suggest that you quit while you’re behind and stop worrying which horn will be used for which purpose, because, anyway, the whole thing’s a joke and Chazal were a bunch of clowns.

The third group — ah, the third group — sees the words of Chazal as they were originally intended.  So perhaps we don’t know what all these references are supposed to mean, and we’ve lost the cultural and societal allusions so that we’re left with a structure of rhyme without reason and of symbols without explanation.  And that’s true for many statements of Chazal — we have little-to-no clue what in the world they were trying to tell us, from comments about the Leviathan (e.g. that God pickled the female [Genesis 1:21 + associated commentary of Rashi], that he plays with the remaining male for the last 3 hours of each day [Avodah Zarah 3b], etc.) to comments about bringing Moses to the future to see R’ Akiva and there not being any mention of how God generated the necessary 1.21 gigawatts.

The words of Chazal are beautiful and meaningful and insightful, but only for those in the third group.  Those in the first group just think they are, and those in the second know they’re not.