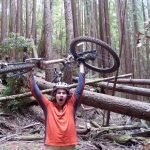 Luke Ford has agreed to interview me again and it will be broadcast live via his website. There will be link this Saturday night on LukeFord.net and it will begin after shabbos at 7pm pacific standard time (10pm eastern for all of you ignorant New Yorkers. During the interview you will be able to ask me questions via chatroom and we shall see what kind of crazy stuff happens – because Luke Ford is a journalist who likes to get people to say stuff on camera that they shouldn’t.

After this I will be heading over to Nagilla Pizza (which I’m told sucks but has the most room) for a little meetup with you LA fans (I have gotten two emails asking if older folks or parents can show up – of course you can – don;t you know the older folks are more willing to make donations to the cause)

If anyone is willing to host this meetup in their homes instead – that would be even better!!!