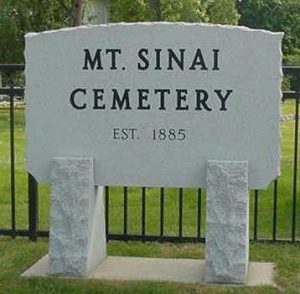 I find it a real challenge to write the weekly divrei Torah for FrumSatire because I sense the audience has exceedingly high demands.  This is not some lame yeshiva day school weekend packet for which unevocative Torah insights are all but sought out.  Initially, it sometimes troubles me greatly when readers question my assumptions — but I then suddenly find myself privileged with new appreciation for how perspectives of reality are all too often, if not invariably, substituted for reality.

I can hardly write a single idea without someone asking, “why would you say such a thing?”  And my response is frequently, “Well, to write divrei Torah, there has to be a few ground rules — if we don’t assume there’s a God and the Torah is of divine origin, why are we bothering to expound on these ideas?  As Dr. Gary Greenstein, one of my favorite professors, is apt to say: “If I don’t agree with your premises, I can’t very well agree with your conclusions.”

Judaism has had a difficult time over the years, theologically speaking.  We now live in a generation that is too far removed from the events at Sinai to know objectively anything about what happened there.  It used to be recognized as a given that Moses received the Torah from God in 1312 BCE, but that’s been all but reduced to faith — and the problem with faith is that you can’t very well direct someone else to have faith; it’s sort of acquired, like a taste for Mountain Dew.

But I expect that, if we are to assume that the traditions of historicity of Judaism actually transpired, we are left with a difficult task interpreting the midrashic literature when it contradicts reason, logic, science or anything else we hold near and dear as tenets of reality.  There’s a verse in this weeks parsha that depicts the introduction to national revelation at Sinai, describing the Israelites as having “stood at the base of the mountain.” (Exodus 19:17)  Chazal jumps at the opportunity of spinning what would appear to be a simple metaphor, taking liberty with the word b’tachtis (at the base or foot [of the mountain]) and, as Rashi quotes the Talmud in Shabbos 88a, it’s explained that Mount Sinai was uprooted from the crust of the Earth and suspended over the nation “like a barrel” as an ultimatum — “Accept this Torah or die!”  and it would have been the original Mount Sinai Cemetery.  Not only is this contrary to the tenets of reality I described above, but it’s also contrary to multiple tenets of Judaism — forced conversion is hardly acceptable, so what’s going on?  Moreover, what has this got to do with a barrel?  I’ve never understood that!  I’d think a hovering mountain is alarming enough, but perhaps it’s just something lost in the translation.

Fortunately, we are not bidden to submit to absurdism like the other religions of the world are, in that our claims, while potentially questionable, are much more thoroughly substantiated than that of anyone else — but how does that help?  Isn’t it like saying, “my giant squid is more likely real than your chupacabra?”  I suppose, though, that, among other things, the fortitude of trusted rebbeim allows me the fortitude to hold out for another 80 years.

For this freedom to take midrashic liberalism at something less than face value we can look to Maimonides, who provides us with an extensive worldview in his peirush hamishnayos in Sanhedrin 10.  There, he lists 3 groups of people, and categorizes the first as those who “interpret the words of Chazal literally” and as a result, “do not grasp their intended message.”  In other words, he decries those that swallow midrashic liberalism hook, line and sinker without concern for the ramifications.

In this vein, the Meshech Chochma provides a truly fascinating explanation of the incident — there was no hovering mountain, and there was certainly no barrel.  The Israelites were faced with such an exceedingly extraordinary challenge — accept the word of God from God himself… try to imagine that for just a few seconds.  I mean, assuming again that it could happen, that’s like the absolute ultimate psychosocial constraint possible, if it did happen.

The Talmud continues on with Rava suggesting that the words kimu v’kiblu (“established and took upon themselves”) in the Megillah (Esther 9:27) refer to the Jews affirming their uncoerced acceptance of God’s rule.  That’s a beautiful explanation, because Purim was all about the concealed nature of God’s miraculous intervention — very subtle and very unimposing — yet the Jews looked at that and were able to make a less pressured decision to accept God’s rule.

So perhaps there’s no real way to substantiate our Torah, but perhaps there are a bunch of compelling bits of evidence that, if strung together, can suffice.