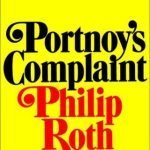 As I approach the 5000 friends mark on my main facebook page (I have a backup with 750 friends and a private account with 22 friends) I have stopped accepting everyone who asks to be my “friend” to slow down the impending friend cap, so I often reject marketing folks, Jewish organizations and general spambots as my friends, but when the Jerkoffer Rebbe friended me yesterday I just had to accept, purely based on the hilariousness of the name. I stated this fact on Twitter and immedaitely I was inundated with semi-serious halachic analysis on those of us who pursue the age old art of wasting our semen in pursuit of happiness that we never seem to attain.

Now I know that choking the chicken is against halacha and therefore no gedolim have ever actually published a sefer detailing the halachos of this matter, but I think they should. Similar to the way that they never banned potatoes on pesach because it would be hard for the general population, at some point the Rabbis are going to have to seriously think the ban on masturbation – as they said in the 60’s about civil rights – “everyone’s doin it man” and if everyone’s doing it, there has to be some sort of halachic responsa at to the proper ways to pleasure oneself.

One of the many dozens of halachic responses to my twitter statement of being friends with The Jerkoffer Rebbe was whether or not we should use our right or left hand when conducting anti-Torah phallic surveys. My first conclusion was that since the right hand was more chashuv one may think that it should be used, but it kind of depended on your madreiga, after all, everything of the physical world can be elevated to the highs of heaven. This means that if choking your kishkes was merely a physical pleasure, the left hand should be used (if you happen to wear the tefillin shel yad on your left hand like most right handed folks do I would tell you to consult your LOR – local orthodox rabbi)

Shabbos is probably the biggest issue when it comes to this issue, plenty of frum shomer shabbos people are engaged in this art form and many of these people find themselves wondering about things like lubrication, massaging and exercize which are generally assur on shabbos, so they go at it dry, but this poses a sakanah to the milah – I am not a rabbi, but I’m sure many of the learned folks reading this may be able to formulate some sort of halachic guideline for shabbos alone – because keeping shabbos is actually in the Torah so we don;t have much to debate there, but if you want to be extra frum and make your weekly mundane activities shabbosdik (no pun intended) then it’s high time we put out a guide of sorts.

What about saying shehechiyanu or asher yatzar – before and after the act. One would think that saying asher yatzar is prety obvious, you did just relieve yourself and shehechiyanu could be said if it’s the first time that year, month, day, hour or minute – depending on how often you go at it.Others may say that reciting asher yatzar after violating the obvious Torah commandment against wasting your seed -if something productive is coming out of it how can we call it wasting?

99 comments for “The jerkoffer rebbe friended me on facebook”