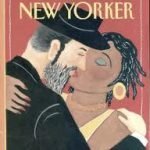 Once in a while when I ask for ideas on facebook I actually get a good idea, the other night this girl who’s in the process of converting to Judaism told her that she is hot for frummies, she just loves a man with a thick beard, long curly peyos and a big black yarmulke and she can;t quite control herself – luckily she lives in the middle of nowhere, or else they would have to throw her in a cold shower every time she came to shul (insert sick joke here) however, she’s not alone and I wish to discuss the sexual attraction of some folks to orthodox Jewish men and women.

Hi Heshy, I thought maybe you would be a good person to tell this too. I don’t really know what to do…. I am so hot for frummies! I can hardly believe it myself but one week I’m learning about a friend from works conversion to Judaism and the next I’m googling pictures of Breslov Hasids! I can’t help myself. I think tzitzis strings are so hot! And I love a man with a yarmulke, a frik one is even better! And don’t even get me started on peyes. (Please forgive my misspellings!) This totally came out of no where but now I can’t even imagine marrying a non-jewish man. Certainly this is not a good enough reason to convert?!

Okay okay not really but I thought it might make an amusing post? I am learning about Judaism and contemplating conversion but for many other reasons. I will admit that I find the look of a Frum Jewish guy quite attractive, tzitzis and all and surely I can’t be the only one, right? Maybe there is a support group out there?

Thanks for reading! Your site cracks me up and I love the insiders look it gives me and you know what? I still want to become Jewish, even knowing some of the dirty laundry, ya know? Would that mean I could call you a kiddush Hashem? I have no idea if I used that term right! Hope so!

I know a lot of guys who like girls who wear skirts all the time, not merely for social or halachic reasons, but because they say it’s hot and I admit it, girls in long street sweeping denim skirts are kind of hot, I have no idea what makes me and dozens of folks I know – hot for tznius girls, but we kind of relish in their sexy tznius outfits and I’m not even talking hot chanies here. I’m talking regular old Flatbush girls walking with those black slinky skirts or long denim. I have definitely partaken in conversations about looking up frummy girls skirts, the ease of access they provide (I have never really thought such things, but I have heard that denim skirts are definitely not easy to work with in the back of cars and other tight spots, although those black slinky skirts tend to be easier, they just aren’t tznius enough for my taste)

This girl I used to be friends with was into big frummies, you know, those guys who have man boobs, wear black velvet yarmulkes and can eat cholent that’s been left in a crock pot for three days after shabbos, different strokes for different folks, but I have heard many a girl say that tzitzis and black hats turned them on, but if this is the case, could we appeal to the beis din of America to ban black hats because it may lead girls to do evil things in the shower which are not specifically banned because the ladies have no seed to waste.

I should relate that many of the folks I know who are attracted to the frum look, aren’t necessarily frum or even Jewish. Just like I’m attracted to the Catholic school girl look even though I’m not Catholic and since I’ve never dated an Catholic school girl I have no idea if I even like them beyond their knee socks and plaid mini-skirts, this entire post is superficial anyway – I could never imagine getting turned on by a black hat, but if that’s how some people feel, so be it.

I wonder if any non-black hat Jews have frummy fetishes in which they dominate their partners while they are bent over a shtender in the middle of seder, do non-frummies role play as frummies? It would be super interesting to see a frummy drag show…

← Does skepticism help or hurt religious Jews?
Bans are like Terror Alerts – no one really cares →

95 comments for “Are you hot for frummies?”