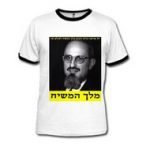 The latest addition to the successful chabad on campus phenomenon is creating quite a bit of a stir in the modern orthodox community. Critics are calling on chabad to pull out of its latest venture, a chabad house on the Yeshiva University campus, which they deem as purely a way to make their students into chabadnicks, since most of them are already frum.

Why else would chabad open up shop on the YU campus? For 4 years now Ohelei Torah yeshiva buchrim have been infiltrating the YU beis medrish to test the waters, to see if modern orthodox students from places like Tenack and Brookline were open to learning chassidus and many have taken to it.

But many are incensed at the idea, many are claiming that Chabad probably thinks YU kids are like any other college kids, sort of frum, but not really. This is simply not the case, under their slightly assimilated clothing styles and colorful yarmulkes, the YU student is a religious being, he is usually shomer negiah and will most likely wear a suit on shabbos, but for chabad this is isn’t good enough, for many chabadnicks the simple fact that someone is in college and not in yeshiva is a clue that this person simply isn’t at their learning potential, but is opening a chabad on the campus of YU really necessary?

← Merry Christmas from the Kotel
Toyota is now considered kosher →