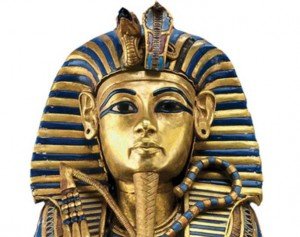 The Rabbinic literature is replete with midrashically aggrandized personalities, serving to present things in a way that unambiguously reinforce Chazal’s overall attitude toward character traits and behaviors.  Often, and perhaps too often, Biblical personalities are described with such consistent flawlessness — both perfectly good and perfectly bad — that it’s sometimes difficult to imagine that such a person really existed.

This weeks parsha opens with the death of Joseph, his brothers and the entire generation (Exodus 1:6).  Immediately, we are told of a melech chadash — a new king — that began to rule over Egypt, one who did not know Joseph.  As we’ve been told that Joseph had been made viceroy of Egypt, “without whom no one in Egypt was able to even lift his hand or foot” (Genesis 41:42-44), this seems odd — you’d think there wouldn’t be an Egyptian soul who hadn’t heard of him!

The Talmud picks up on this and questions the possibility of such a thing (Eruvin 53a); Rav and Shmuel dispute the meaning of the term ”new king,” with the former maintaining that there was an actual change in sovereignty as per a literal interpretation of word “new,” and the latter maintaining that such a change would necessarily be made apparent by mention of a death or abdication; Shmuel thus posits that it was not the king who was new but only his agenda.

Why do we care?  It seems to be of such tiny importance whether or not Pharaoh really died or just had a change of heart, and with all there is to fight about in Jewish law (and there is a lot), what is the gain in arguing over this point?

As alluded to above, the Rabbis tend to magnify and amplify the people and places mentioned in Tanach — using commentary and midrashic literature, they enjoy painting a fuller picture of the characters and settings mentioned in the text in order to engender a sense of universality and uniformity in one’s properties — thus, when we are introduced to Sodom in Genesis 13:13, rabbinic literature fills in the background information by compounding Sodom’s vices: they were inhospitable (19:2, 19:26) and engaged in homosexuality (19:5), hence the modern word sodomy.  When my daughter comes home from yeshiva with parsha sheets, the evil people are invariably embellished with mustaches or goatees — this is the modern-day yeshivish establishment doing the same thing.  Not only that, but they are frequently and curiously adorned with “angry-eyes,” and by that I refer to thickened, inwardly-slanted eyebrows a la Toy Story, even on the infant Esau — I mean, how upset could the infant Esau really be?  But he’s evil, and to get that point across to our precious children, we must pile on the stereotypes.  These artists don’t really have a concept of anachronism, as the infant Jacob is mysteriously wearing a yarmulka and payos and the kohein gadol in Yom Kippur packets may be spotted on his way out of the Beis Hamikdash after a glorious day of atonement wearing his shtreimel.  But I disparage only these modern-day clowns who pretend to carry the legacy of Chazal, because they don’t; Chazal, on the other hand, well, their entire purpose was to transform the meager text into a full-bodied worldview, and they did this by polarizing things in this fashion, embellishing the background information to provide life-lessons from Tanach.

So how do we impugn Egypt?  How do the rabbis get across to the reader that Egypt was not a good place and its people were evildoers, all the more so to set a contrast with the Am HaNivchar (chosen nation)?  Well, they’re a bunch of wife-thieves (Genesis 12:15) “permeated with lewdness” (12:19-20) who foolishly worship livestock (43:32, 47:1) and are otherwise wholly unsavory in their lifestyle (Leviticus 18:3).  To establish the greatest contrast between the Israelites and the non-Israelites, rabbinic literature goes so far as to state that Egypt was the most corrupt of all nations, and even so, we were brought out and transformed to purity of the highest levels.

So we’re told that a new king rises to the Egyptian throne and he may not be so new — what is the lesson here?  The purpose is to teach us how we are to act — and suffice it to say that any character trait embodied by Egyptian royalty is to be eschewed.  We are told that Joseph correctly interprets the Pharoah’s dreams and thinks up a grandiose plan to not only save Egypt but establish it as “the” place to go to get food — and all of a sudden, the Egyptian monarch can’t seem to remember Joseph?  Ah…what we mean to say, according to the Talmud, is that he didn’t want to remember Joseph.

And what can be worse than ingratitude?  Ah, apparently not too much.  Thanklessness is such a disgraceful attribute that, well, even the Egyptians possess it.  That should be enough of a deterrent.

We are told way back that for his involvement in the sin of Eden, the snake would be punished with having to “crawl on his belly and eat dust for all of his life. ” Now we all know that snakes don’t eat dust — but this entire curse is a euphemism for being cast away to a lowly stature.  R’ Joseph Albo explains that the punishment was much more profoundly spiritual and far reaching than it initially appears; it was that God was severing his ties to the snake, allegorically telling him that he will find food wherever he goes so he doesn’t have to bother having a relationship with the Almighty.  Oooh…that’s rough (and you thought eating dust was bad).

Egypt is famous for its Nile — and one of the many distinctions drawn between Israel and Egypt by Chazal is that the population of Israel is entirely dependent on rain while the Egyptians are pleasantly reliant on the overflowing Nile, or so they think.  Because they can sit back and count on the Nile, they are disconnected from the Almighty, and develop a lack of awareness and attentiveness for this subtle point.  They cannot appreciate what God does for them because they see it coming to them.  And this is their sin: a total and utter lack of recognition for the benefit bestowed upon them by God — and because they don’t appreciate God, it trickles down to them lacing the trait entirely, and they eventually fail to appreciate man — even the man who came from God to save the day.