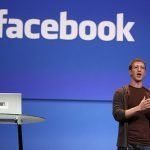 As many of you may know Mark Zuckerberg was named Time person of the year and of course someone on Vos Iz Neias made a comment on how it threatens the sanctity of the pure Jewish family with its promotion of illicit relationships through poking and other things like the “people you may know” feature.

“This is not some frummer rant, the reason Facebook is so successful is because of its popularity among people without strong morals: it facilitates them. Facebook is the single most dangerous threat to the purity of Jewish families. Even among goyim, it is know for its primary purpose of soliciting illicit relationships without accountability because it allows for social interaction between people who would normally avoid contact for ethical reasons. Major bitul torah, major toiva, zero redeeming value. Better to daven at Landaus, Shomer Shabbos or Bnei Yosef than defile a minyan with a Hellenistic social networking tool.”

Look at what some people of a similar ilk said about other modern day inventions:

“The wheel is against the Torah, it will only make people more timely when doing sins, they will be able to travel faster and have time to stop for sin along the way, the wheel is a goyishe invention that will surely lead to klal yisroels demise”

When the automobile started becoming popular it was said to be evil as well:

“this thing the automobile is only allowing people to be alone in far away places, it is as if satan himself was invited into the automobile and allowed to do evil things away from prying eyes. There are countless people who use cars to meet people they would not normally meet and be alone with them and their temptation to sin. The Automobile is clearly an issur diorysa and any yid who wishes to own one should not be counted in a minyan, besides the wagon is in our mesorah and the car is not.”

Telephones were a mamish nisayon of the times:

“Telephones allow for the easy telling of loshon horah, most people do not tell loshon horah in public, but the telephone, especially the party line system will allow for easy loshon horah to entire households and it should not be allowed to dirty out lives. The telephone also makes it easy for lusting talk to occur away from public venues.”

The microwave is the work of the sitra achra:

Shall we do away with outr mesorah of slow cooked foods in crock pots and on blechs? Shall we decry the thousands of years we spent roaming the Pale in search of good cholent in the name of quick and easy food? The microwave is clearly a motivation for sin, how could we eve know what bracha to make on processed foods which may contain treife?”

← Let me explain
The real reason why movies are assur →