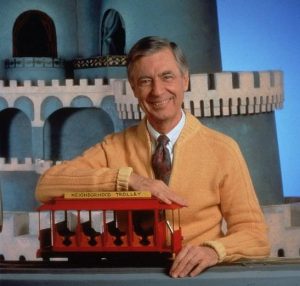 People like to pretend — and what I’m about to discuss has nothing to do with Lady Elaine Fairchilde.  And there’s nothing wrong with pretending, as long as one is not also pretending to not be pretending.

Last week’s parsha closed with the undercover Joseph accusing Benjamin of stealing his divination goblet under penalty of eternal slavery, while he releases the other brothers to return home (Genesis 44:17).  This week’s parsha opens with Judah pleading to the still-undercover Joseph, asking him to accept himself (Judah) in exchange for Benjamin.  The rationale given for this proposed swap (44:31) is that old man Jacob really loves his Benjamin and losing him would lead to certain death (perhaps figuratively, but still).

And then comes one of the most pivotal and electrifying scenes in all of Tanach — right up there with the Megillah’s climactic revelation of who is behind the plot to slaughter the Jews (Esther 7:3-7) — Joseph finds that he can no longer contain his intense emotions and he reveals that he is indeed their long lost brother, and after perhaps taking only a tiny zakeif katan breath, he asks, “ha’od avi chai” — “is my father still alive?” (45:3)

Many are familiar with the ever popular interpretation of Rabbi Yosef Dov Soloveitchik, that this is to be understood as a sarcastic reproach to the brothers who now seem so curiously determined to protect their father from the undue emotional hardship of losing a son from his favorite wife when, ironically, they didn’t seem too worried about this almost 20 years prior when they collaborated to imprison and then sell their brother Joseph into slavery.  I say sarcastic because although the brothers had left Egypt just a little bit earlier, they were intercepted by Joseph at the goblet-finding incident and haven’t had any further intelligence of their father’s welfare since Joseph saw them last, and so it’s explained that Joseph must not have actually been asking about his father’s well being — and as we see, the brothers do not answer his question, perhaps exposing the incredulity.

What are we to glean from this story?  Well, for starters, perhaps that sarcasm is an eminent tool of mussar — it can be used to tremendous effect as long as it’s done in an honorable fashion, without publicly disgracing the disgraceful.  But you don’t need me to explain this to you, because you can easily see it in action in the latter posts of last week’s Dvar Torah.  To explain, I observed rationalist frummie advancing an unsound argument in defense of the patent inadequacies of colloquial Modern Orthodoxy and couldn’t contain myself…couldn’t refrain from subverting his position and exposing the deficiencies of his arguments, despite the public forum.

I believe the chief lesson from this parsha story is this: we can pretend, but we ought not pretend and at the same time also pretend that we are not pretending — that’s called being delusional.  Joseph is challenging Judah: “either you’re not sincere now, or you’re inconsistent, because you didn’t seem to care much when you sold me.”

If we delude ourselves and others, we lose credibility, as we can no longer be trusted to assess  things logically and rationally.  If we allow ourselves to become blind to reality, we cannot expect to achieve any worthwhile standard of impeccable evaluation, and we are left with nothing but fairly subjective appraisals and thoroughly biased opinions.  Don’t get me wrong — these things are fine to have and everyone has them, but to pretend that one’s perception of reality is ipso facto reality, that’s going too far.

It’s inconceivable for someone to always be right, but for someone to always seek to be in the right…that’s the definition of aiming for perfection and that’s what we’re on this planet to accomplish — the quest for imitating the divine.  We must remember, though, to reach our conclusions only after the investigation, and not predicate our investigation on our already adopted and nonnegotiable position.

← Do you enjoy Goyuerism?
Would you light a menorah in a gay bar? →