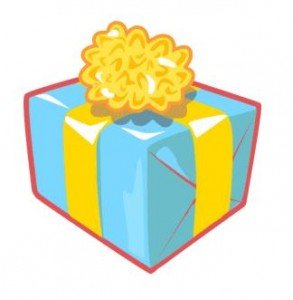 The current establishment of Chanukah presents really ticks me off and I’ll tell you why.

Judaism purports to have its origins in first the private and then the public revelation of God to humans, and it has been changing with the times ever since.  Now, that’s not to say that it changes like Christianity or Islam, but it definitely changes.  We used to practice animal sacrifice and violators of the Sabbath were excommunicated if not executed.  In modern times, the vast majority of those who identify with Judaism don’t observe the Sabbath, and if they do, it’s in a novel sense, because they’re observing other Jews wearing funny fringed blankets walking to and from synagogue while they’re in their cars heading to the mall or the beach.

Jews have forever been unique — and that’s largely because those who deviated throughout history did so in an attempt to soften the ritual demand, either because they sensed the ceremonies were antiquated or the traditions were misguided innovations of well-intentioned but ill-informed rabbinical codifiers.  So to say that Judaism hasn’t been modified — and I refer here to the wholly dedicated, fully Torah-observant ilk — is a patent fallacy, but it’s been modified in line with the principles that are there to guard against adulteration.

I remember Christmas-time last year when a fellow resident of mine in my periodontal program asked me what my family was doing for the holiday.  When I told her that we don’t celebrate Christmas, she really thought I was kidding!  “But Christmas is not religious…it’s about love and kindness and family.”  Believe it or not, those were her actual words.

By not thinking about the Christian holidays as religious observances, one can easily fault the Jews for not being loving, kind, family-oriented people — I chuckled and responded that we Jews celebrate Chanukah, which falls out around December-time on the Jewish luni-solar calendar.  She was immediately consoled, “Oh, well, fine…call it what you like.”

The traditionalists and purists among the Christian right may complain of the commercialization of Christmas, but I complain of the Christmasization of Chanukah, and this co-resident hit the nail right between the eyes.  Chanukah is doubtless the most anti-Christian holiday of the Jewish array of celebratory events, and I assert this in the least anachronistic manner possible, despite Antiochus IV Epiphanes’ death in 163 BCE, some time before the advent of Christianity.  Greek Helenism was the forebearer of splintered pseudo-Judaism and here we are today, giving gifts to each other in nothing more than an expansion of the Christian holiday season into the realm of Jewish practice.

I asked my wife not to give our children Chanukah presents but she did anyway — I don’t know why.  Her parents gave my daughter a present, and my parents are planning on giving us a GPS — again, I don’t know why.  Even my daughter’s yeshiva informed us by written letter that all teachers will be receiving Chanukah presents and asked that we send in $25.  What compels them to add to the mitzvahs already associated with Chanukah?  And don’t tell me that presents are nice, because I’ve never heard of a Tu b’Shvat present or a Lag b’Omer present.  We have a holiday for presents — matanos in Hebrew — and that’s Purim, when we are bidden to provide gifts to the poor.  That’s not a very popular mitzvah though, and not nearly as popular as the newest mitzvah, Chanukah matanos.

People may wonder why we light the Chanukah candles 2000 years after some oil was found in a desecrated temple — Whoopdie-doo!  What has that got to do with me?  For the vast majority of us, we have lived our entire lives in a very comfortable manner, without religious persecution of any significant magnitude and it just doesn’t speak to us — we no longer even have a Temple, our priests have been relegated to funeral-eschewing bentching-leaders who get the first aliyah, Rosh Chodesh has been decided for us a long time ago, circumcision is pretty safe (or at least until November 2011 thanks to Lloyd Schofield) and Torah learning, well, those who want to do it are free to enjoy themselves.  So what’s the message of Chanukah for us in the 21st century?

Perhaps it’s just this — the Syrian Greeks didn’t want us dead and they didn’t even want to destroy our Bais Hamikdosh.  As long as we prayed to their idols alongside the Almighty, they were happy.  Hellenism was a creeping entity, attempting to supplant Judaism by at first appearing as a co-philosophy ripe for fusion.  So continue to eat those yummy latkes and light your precious candles, and you don’t even need to get a tree — just put these presents under the menorah and see what becomes of your beloved Jewish rite.

If you think the infatuation for gift-giving hasn’t undermined Christmas — well, I’m not Christian, but the final lesson in any modern Christmas movie is that it has.  Let’s cut this off at the pass and save Chanukah before it’s too late.

← My favorite Chanukah video
Is a Safe-Treif Certification in the works? →

88 comments for “The Chanukah Presence”