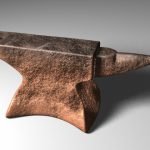 I like meeting new people, I meet them in line at the coffee shop, while riding my bike, in shul or online, in recent years I have met quite a few people due to my blog. Some of those people have become very good friends, while many of them bored me to death. The readers of this here blog are an interesting bunch, they range in every human way possible and then some, they have opened up their homes, wallets and refrigerators to me and I am grateful for that. There is nothing quite like meeting interesting people, I rarely find people that interesting they may be cool and fun to hang out with, but gaining the title of interesting in my book is very rare, I have some great friends who I wouldn’t call interesting and acquaintances I barely know who are super interesting.

This past Saturday night, I had the opportunity to meet what I may venture to say has been one of the most interesting and fascinating people I have ever met. The man goes by A. Nuran when he comments and anyone who has read my site in the last year has probably read something he has written, I had the pleasure of meeting him and his wife at their home in Portland, Oregon this past Saturday night and here is my story.

There are certain things that immediately allow me to judge someone, if the first thing I see when I walk into a room is an Anvil sitting on a small desk in the middle of the living room, I immediately say to myself “I like this guy”, further into the room I noticed several display cases of various older looking knives, multiple African drums piled high and books, lots and lots of books, so many books that most of the book shelves that were all around the room were two books deep and even then they seemed to need more room.

I was recently in someone’s house who had no books, I was deeply bothered by this fact, I really judge people by the amount of books they have. I love and cherish books, the subject matter is unimportant. It’s important that there are lots of books and that there are comfortable places to sit for hours engrossed in those books. People in Portland tend to be very fond of books; I went to Powell’s Books in downtown Portland and promptly exited because it was too overwhelming. Imagine the Strand and multiple that by 5, it was too much for me, but I usually enjoy well read people and to say A. Nuran is well read may in fact be an understatement.

The people I enjoy most are intelligent and intellectual, but not snooty about it, these people are usually left leaning, very passionate and happen to have a lot of hobbies, what can I say, I gravitate towards a similar vibe to myself.

Nuran was nice enough to buy some kosher stuff for me, Ungers Gefilte fish really caught me off guard, we must have spent a good half hour discussing what we could do with gefilte fish to market it to the public, I mentioned that deep fried and salsa topped gefilte were making headways into the frum community. We figured they haven’t discovered Cajun blackened gefilte or gefilte ceviche (which really isn’t possible because it would have to be raw)

The one thing me and Nuran probably talked most about was food, we are foodies, who enjoy the art and science behind food. I being the recent chef in training and he being a food chemist (it’s one of his many hobbies) let to interesting discussions of bread and booze, he has parsnip wine fermenting in the house somewhere, brought out some homemade citrus alcoholic eggnog for me to sell and we spoke of various starters for different kinds of breads. I am interested in basic things like the home kitchen making of demi-glace, stocks and sauces. He told me about his curry pumpkin pie and I told him of my distaste at the state of pumpkin pie filling and the strange fact that most people never bothered with real pumpkin pie, such a shame considering how easy it is to roast off some pumpkins and throw some allspice and nutmeg on them while mashing them.

Like most super interesting people I know, Mr. Nuran felt the need to whip out a book for me to look at every time the conversation changed, by the end of the night I had acquired two free books and there was a stack of cook books, strange Jewish stuff like How to Curse in Yiddish (amazing) and other stuff that only a professional Geek like Nuran would have.

It was like show and tell and I was having a ball, Nuran is growing saffron in his front yard and this year he decided to make saffron infused vodka, it smelled great and looked like whiskey. Anything infused is amazing to me, my exes friends made Chantrell Mushroom infused rum, which was awfully interesting, although I have yet to take a full appreciation in hard liquors, although my other super interesting friend Jim introduced me to Gin last shabbos and I absolutely loved the alpine taste and smell.

Who on earth is a hobbyist blacksmith? Turns out the Anvil sitting around isn’t just for show, he actually uses the things although he needs to build a new forge, he is building a still to fully take advantage of his alcohol making tendencies.

So why is A Nuran interested in Frum Satire? He and his wife who is of Chinese and African descent are Jew-Moo’s, this was the first I heard of the term, but they are interested in Jewish and Muslim specifically Sufi philosophy and practice – this just made them more interesting in my eyes. In fact Nuran told me that becoming interested in Sufi philosophy has made him do more Jewish stuff, like put on tefillin, which he rarely did prior.

Unlike most of the fans I meet, we really didn’t talk much about Jewish stuff, there was so much other interesting stuff going on and he understood that my interests were just as varied as theirs were.

Him and his wife used to teach women’s self defense and were also certified NRA instructors at one point, they continue to be involved with a form of Indonesian martial arts and knife fighting. The knives I mentioned before aren’t the only weapons lying around, various swords, spears and random other stuff is tucked away in corners and each piece has a history and tradition behind it. There are masks hanging on the wall and some very interesting paintings and one particular framed wood carving of a frontier battle caught me eye. Another of Nuran’s interesting and random hobbies is frogs, his grandfather and father were also into frogs and I find this 3 generation hobby fascinating no matter ho uninterested I myself am in frogs.

Of course words can barely scratch the surface of what Nuran, I his wife and some friends who came over discussed. We are both excited people with ADD who have such fast paced intricate conversations that only a few people would be able to keep up. I did appreciate that both him and his wife laughed at my ultra geeky joke about all Iron being treife before Bessemer.

I now know that probiotic yogurt is just another health scam and that I should totally make my own beer. Nuran is probably a genius, he does a lot of stuff and he does it well, he went to Reed, which in itself is pretty impressive, he’s a computer techie, I noticed several computers taken apat on the floor. He’s the only person I have ever met who wanted to make his oven mimic that of a brick oven for baking bread at high tenpratures so he dumpster dove by a marble store and found some slabs to place inside his kitchen oven to make the radiant heat better for baking.

I’m sure he’s blushing, but I asked him if I could write about him, which is really my attempt to show you what type of ladies I like. If I could meet a super interesting lady and I know there are loads of them out there, who knows what would happen? The last girl I dated is probably the only girl on my list of most interesting people I have met, that’ not to say the others aren’t interesting, but super interesting people I could sit and have days worth of uninterrupted conversations with are very hard to find.

66 comments for “The most interesting person I’ve ever met”