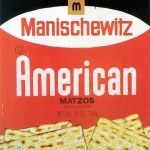 With the success of last week’s eBay auction of the Skverer Rebbe’s matzo, many in the community have expressed hope that other items owned and used by the Skverer Rebbe can get a pretty penny at auction to help raise money to feed all those New Square community members who have been forced into unemployment by the rising rates of Monsey Trails. Many of the items that may be put up for sale have been deemed priceless and will provide certain segulas for those who purchase them, beyond the simple fact that your purchase goes to help perpetuate the welfare state within the Charedi community.

The Rebbe’s Washing cup: The Skverer Rebbe’s washing cup which he used for negel vasser on the weekdays will be unchained from the sink at the Skverer bais medrash and sold at auction. The washing cup is dented and dinged from the many falls it took into the long and narrow sink. It has lost its shine from so much use. Bochrim would line up after using the beis hakisei to use the Rebbe’s washing cup. The cup will come complete with the chain that prevented its theft from the washing area for many years.

The Rebbe’s never ending towel: After the Rebbe washed negel vasser, he used to use this never ending towel that would keep going around and around after the rebbe pulled on it. We cannot include the entire machine at this time, but since it was never washed, it may even contain hairs from the Rebbe’s knuckles – a real zechus.

Lekach from the Rebbe: The vintage of these lekach is unknown, but based on the type of kugel used it is thought to be from the 1985 tish in Boro Park. Lekach can provide you with more than stomach ulcers. They help with shidduchim, parnassah and health. Lekach will not include original tin foil.

The Rebbe’s food stamps: It was said that the Rebbe zt”l was so holy that he had never even purchased bread. Fortunately, we have these very special items from before food stamps switched over to a debit card which would have provided the Rebbe’s servants much less busha when buying his bread for him. This will be a zechus for you not to know what it is like to buy bread.

The Rebbe’s gartel: It is black on black with little tassels on the end. There is a legend that anyone who kills themselves with this gartel will be transported straight to hell without having to watch the video of your life.

The Rebbe’s last cholent: The last cholent before the levaya is permanently encrusted in the bottom of his Rebetzin’s crockpot. Rumor has it that it still smells fresh despite all this time.  Should be a zechus for healthy children.

Apparently there are more items, such as gemaras, pictures, dolls, scrolls and those pajamas with the socks built in.

10 comments for “Skverer Rebbe’s estate auctioned off on eBay”