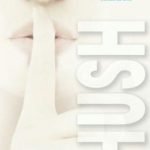 My copy hasn’t come from the publisher yet, so here is Eliyahu Fink‘s review of Hush.

This is a review of the book Hush by Eishes Chayil (pseudonym). I paid for the book and received no compensation for this review. (Nor do I want any.)

Last week, my friend Heshy Fried told me about a new book called Hush. Curiosity piqued, I immediately purchased the book from Amazon. It was delivered to my door on Friday afternoon.

After our Friday Night Dinner, I tucked my elder son into bed at 8:30 PM. I sat down with the book and began to read. Three hours later (and several tissues later) I completed the book. The best determination of a good read, is whether I can put the book down. I could not put down Hush. If you stop reading now, just buy the book and read it yourself. (You can buy the book by clicking on this link: Hush)

Hush is a novel about an ancillary victim of sexual abuse in a chasidic community. But it’s not really a novel. The anonymous author writes that the story is based on her own story. Truthfully, the book is based on hundreds of stories and not just stories from the chasidic world. The same story, with a different backdrop can be told by many victims of abuse from almost any insular culture. This includes, inner-city communities, Catholics, Amish and Ultra-Orthodox Jews.

The backdrop for this story is a fictional Chasidic sect in Borough Park. The fictional sect is in the style of the major Chassidic branches in the New York metropolitan area like Satmar, Ger, Vizhnitz and Skver.

The story is mostly told through the eyes of a nine year old girl. To me, this is the charm of the book. Victims of abuse say that their lives can become frozen at the age of the abuse. The nine year old perspective is so innocent on the one hand, so damaged on the other hand, so naive on yet another hand and disturbing on all hands.

There are plenty of villains in Hush, there are plenty of victims too. But only a few heros. This is how it is. Sexual abuse can ravage a community, but it takes a very strong person to be a hero in the face of abuse. Strong people like that are rare and the book demonstrates this sad reality wonderfully.

One of the heroes in Hush is a chasidic newspaper publisher. To me, he represents the bloggers who have done the dirty work of exposing this harm and its perpetrators. On behalf of everyone, thank you. The publisher in this book exposes abuse at his own peril. It shouldn’t be that way. The other hero in the book is the main character’s husband whose unconditional commitment to his wife gave her the strength to prevail under extremely trying circumstances. Enough so that she felt like an Eishes Chayil, a woman of valor, as the pseudonym implies.

Hush has a surprisingly light tone to most of the book. As it is seen through the eyes of a nine year old chasidic girl, the names and places in the book have cute and funny names that ring true to Orthodox Jews. I found myself laughing out loud many times throughout the book.

As to the “meat” of the plot. the community’s approach to allegations of sexual abuse are all too familiar. Insular communities all share a distrust of governmental authority and prefer to self-police. Unfortunately, there is no self-policing of abuse in the book.

Crying is to be expected as one reads Hush. There are moments of heartbreaking sadness and moments of emotional triumph. The book will move its reader to tears throughout the book and by the time the reader is at the climactic ending resistance to crying is futile.

Hush is important. It gives real life victims a voice they can relate to. The voice of the main characters of Hush are familiar to any victim of abuse. In this respect, the book is relevant to victims of abuse in any community.

I am only somewhat familiar, not intimately familiar with the idiosyncrasies and foibles of the chasidic community. But Hush does a spectacular job of drawing you into their community. I can only assume that what is written is accurate. (I would love if a chasidic reader would read Hush and get back to me about the accuracies of the depiction of the chasidic community in Hush.) The worldview portrayed in the book is absolutely terrifying. Anyone that is not exactly like “you” is an enemy or at best a heathen. The self absorption and ignorance about almost everything is shocking. Characters in Hush describe any custom they have as “The Torah say”, even when the Torah certainly does not say the thing they are quoting. Characters in Hush subscribe to every possible superstition Jewish culture has to offer. And perhaps worst of all, every kind of prejudice about “outsiders” that I am sure outsiders can sense in their real life interactions with the community. Characters in Hush have no working knowledge of what most communities call common sense and the facts of life.

Upon reflection, I wonder if these characteristics of the chasidic community, real or imagined for the book, contributed the trauma of sex abuse. Is abuse so horrible that the milieu plays a negligible role? Or perhaps is the abuse exacerbated when you have been trained to think that your community is vastly superior to others in every possible way, that God prefers you over anyone else and misinformation is so prevalent that one has to wonder if it is a vast ignorance conspiracy to maintain allegiance?

I cannot possible give a bigger endorsement for Hush. I recommend you click one of the links on this review and buy the book immediately. Read it. Feel the pain and hurt. Share it with a friend or a spouse and hopefully slowly, together, we can slay this dragon that has been harming our community for far too long.

(This book is for adults. I am not recommending this book for teens. Parents, use your own discretion.)