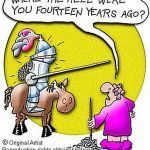 One of the things everyone who I talk to from back east ask is how the singles situation is out here. It’s slim pickings, but I could have told you this before I moved here, I kind of moved here to get away from large Jewish communities and would never have moved to one of the two singles communities anyway, so no there is no “singles scene” there are plenty of single eligible men and women, unless you happen to want one who is fully frum – I’ve dated across the haskafic spectrum and continue to do so (although I’ve been on exactly one date since I moved here 11 months ago)

Many people here tell me that if I want to get married (I definitely would like to meet someone, but I am now beginning to understand that whole thing about “not willing to relocate”– there is one girl on the horizon that I may fly and meet soon) I have to move to New York, specifically the upper west side or Washington Heights.

Now I know you have to move to New York to get married, everyone does it, yet for some reason not everyone who does it is getting married. The fact is that moving to New York doesn’t seem to help anyone get married more than living anywhere else. I know this because the Upper West Side is full of older singles, singles that’ve been on the west side for years, with no luck.

It seems that the larger the dating pool the tougher it is to get married and I have some ideas why.

Having a lot of potential matches creates overload and people tend to think they can always do better.

If you get married while living in a singles community, you lose your circle of friends (I don’t know why, but married people always feel they have to hang around other married people)

If you live in a large singles community there is no pressure from families or adults to get married, in regular communities there is pressure because to truly be a member of the community you need to be married with children.

Many singles living in a community complain that there is no one to date – this is because everyone is friends and lots of people say they cannot date their friends.

New Yorkers complain about the cost of living, tuition and food so often that getting married can be a bit overwhelming for many singles who are still taking handouts from their parents. It seems to me like New York singles haven’t lived independently enough (many are from nearby or seem to be on some kind of life support from family)

There is too much gossip that can ruin potential relationships.

← Bestiality is it really that big a deal?
Shabbos meals that last too long piss me off →