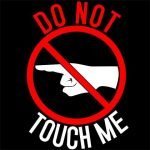 I made a comment yesterday about how I wouldn’t date the girl who posted the shidduch resume, but I would be down with making out and I’m sure most anyone would, why not, a little tongue slurping with some cute girl is always fun – I happened to have been fooling around. I don;t just make out with random girls – I find kissing to be incredibly romantic and save it for serious relationships (IE marriage – I’ve never touched a girl besides for my aunt and she’s a bit old for me) but someone got his panties in a bind over my comment and told me I’m not frum and it;s kind of true, at least by conventional standards.I love the argument in the comments from two different people:

No Donyel, then he’s not Orthodox… being shomer-negia is not a nice chumra for the few and pious. It’s basic halacha no less than Shabbos, kashrus and other essentials that make a person frum. If anything, it’s even more important, Shmiras Habris connecting to yesod, holding up a person’s entire spiritual foundation.

Please read pages 15 and 16 of this eBook Dear Bochur to get a more clear picture about Shomer Negia:

To “make out” with an unmarried Jewish girl, a nidda, one of the arayos (!!!) is a most serious aveira, possibly a yaharog val yaavor. And to have full relations with one is to be chayav kareis.

November 11, 2010 at 3:43 AM [edit]Peta, GYE, and people pushing for the soda tax, you kanoyim are all the same. You externalize your problems onto some scapegoat, and then, like all good avoda zarahs, run roughshod over the truth to keep up the image in your mind that your random cause can really save you.

Let’s examine your claims:
“It’s basic halacha no less than Shabbos, kashrus and other essentials that make a person frum.”
Shomer negiyah is not even midioraysa. It’s a takanah. For some, it is difficult to keep, but it doesn’t make you not frum. It’s a Ta’avah like any other. Are you oiver Bittul Torah, Lashon Harah? These are extremely serious things, more than something like shomer negeyah. And yet everyone has avak lashon hara.

“If anything, it’s even more important, Shmiras Habris connecting to yesod, holding up a person’s entire spiritual foundation.”
The reason no serious kabbalist makes such an outrageous claim as S”N being worse than the foundation of our faith, Shabbos, is because you misunderstand what the term “yesod” represents in kabbalah. (It is not your yesod, netzach and hod “combine” to form yesod for, among other things, creation of life.)

“To “make out” with an unmarried Jewish girl, a nidda, one of the arayos (!!!) is a most serious aveira, possibly a yaharog val yaavor. And to have full relations with one is to be chayav kareis.”
You are misrepresenting the facts here to push your agenda. Sex isn’t assur because she’s unmarried. (Rambam says it’s misah beiday shamayim so that Jewish women won’t become zonos, i.e a takanah). It’s assur if she’s a niddah. So, sexual relations with a niddah gets Kares, regardless of marital status. As to “making out”: Not being a specific halachic term, the seriousness would vary based on the action done. However, it definitely isn’t yaharog ve’al yaavor according to accepted poskim. How can you insinuate that it is? You show a careless attitude towards halacha and people by using it to push your agenda.

i’ll even translate word for word what the Chofetz Chaim writes:

“That which we wrote that one is obligated to give his life to avoid transgressing arayos is not limited to intercourse alone. But even embracing and kissing (chibuk v’nishuk) with any of the arayos or a non-Jew or a nidda falls under the category of yaharog val yavor, for any matter that’s forbidden because of idolatry, sexual immorality, and murder, even it’s not an act related to these not three punishable by death, one is still required to give his life rather than transgress the negative prohibition of ‘dlo sikrevu lgalos erva’, for these things lead to gilui erva. From this it comes one that those who sin with niddos, arayos, and non-Jewis are transgressing a severe transgression at the expense of their souls that the law requires they should rather give up their lives before transgression, even if they are oines. Additionally, one is chayav kareis on this issur even if the loose girl is un-married, for as it’s explained (he cites the source) , there is no difference between the unmarried woman or married woman regarding niddah: anyone who comes upon a niddah (in intercourse) is chayav kareis, as its explained that all unmarried women today are in the category of niddos. We will now elaborate on this severe transgression to demonstrate before everyone its heavy punishment so that one who is for many years without a woman, living in places where people are loose in matters of arayos, will not be seduced, rather his eyes will see and his heart will understand and and he return (to Hashem) and be healed.”

there you have it, the Chofetz Chaim writing b’feirush that chibbuk v’nishuk with an unmarried Jewish girl, a niddah, is yaharog val yavor.

may we take his words to heart

Looks like I don;t hold much of the chofetz chaim, though I kinda like the guy and his yeshivos seem to be part of the very small list of sane one’s.

Frum has become a social thing, it’s a look and a sound. For most Jews frum means taharas hamishpacha (only for married people) shabbos and kashrus – heck in San Francisco modern orthodox couples mostly move in together prior to marriage and they are still considered frum and I still consider them frum.

If you really consider what people do on a daily basis that is against the Torah there probably aren’t too many frum people today. I would probably be killed on a weekly basis for being warned not to pick out the good jelly beans by kosher aidim who would then turn me over to the bais din to have me tried and killed – that bais din would likely kill way more than 1 every 70 years. So I’m not frum, sue me, I’m modern orthodox, I keep 100% kosher, daven three times a day and I don’t hug or kiss girls when I say hello like so many people do here.

But yeh, once in a while the yetzer harah sends along a super cuttie who’s ready and willing and I swear he made me do it. Once in a while he sends along some juicy loshon horah that may not even be so, like the fact that Rubashkins brother in law was found guilty of extortion yesterday (pretty crappy eh) and I can’t resist telling you. But isn;t loving your fellow Jew, doing acts of kindness and trying to bring light and happiness more important than following random halachos that ancient rabbis found by deriving sources out of random texts that only a few people study and read on a daily basis. Yes that’s heretical, but it’s how I feel when some Jews who could be helping klal yisroel gain achdus instead of finding ways to tell people they aren’t frum. Nitpicky Jews who need to follow every single halacha that every single rabbi ever came up with on their free time are not going to bring moshiach, they are just going to bring more obsessive Jews who want to separate the sexes and control our lives with their stringent stupidity.

Oh and I should say that I have a heter for make out sessions, since it’s only derech chiba if I actually like the girl, I call it shalom bayis practice and I firmly believe that chosson and kallah classes should have shalom bayis in the bedroom practice sessions so their wives don;t end up on Calm Kallahs 10 years after they have been married wondering why they never had an orgasm.

128 comments for “Apparently I’m not frum – but who really is these days?”