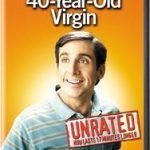 The following was asked to be anonymous for obvious reasons:

The Fine Art of Being a Slut:

I don’t even remember the first time my mother told me to “save myself.”  It was something I heard throughout my formative years, usually when she suspected I was doing something less than proper with one of the many older college boys (always Jewish, of course) with whom I hung out during my senior year of high school. The reasons for this continuous refrain weren’t halachic; my parents were ba’alei teshuva and knew little of taharat hamishpacha or hilchot negiah. It was an issue of what my mother called “self-respect,” a concept unfamiliar to most girls I knew in high school.

I lost my virginity to one of those college boys on a drunk and stoned winter night at the 18th birthday gathering I had organized for my best friend. I didn’t even know his last name; he was my best friend’s boyfriend’s best friend.  I felt like I was so cool, so sophisticated, for doing what none of my friends had done before.

My peers didn’t find out right away. I was smart enough to tell only a few close friends. Although I was eager to lose my nerdy, goody-two-shoes reputation, I didn’t want to take it too far, even though I didn’t quite yet know what that was.  However, I felt free to take my newfound badassness further, to the point that I was sneaking out with my best friend to see the guy from the party.  Eventually, I was caught sleeping with him in my best friend’s car.

A huge rift was drawn between this friend and me because of the car incident, and she felt the need to discuss it with what seemed like the entire grade. While my friends had always disparaged “prudes,” girls who wouldn’t make out with random strangers at parties, I had never heard criticism of the girls who would hook up with one or more of these guys a night; nor did I hear any comments about girls who would have sex with their boyfriends.  The news spread like wildfire; who didn’t want to hear about the top student, captain of the Debate Team and member of the All-State Chorus, who was having sex with college guys in the back of someone else’s car?

You see, having sex wasn’t “cool” for girls in an Orthodox environment, no matter how ritually observant the surrounding people actually were in practice.  While the males had the freedom to do whatever they wanted to little fanfare, the females were watched more closely. The guys wanted virgins; that fact became increasingly clear.  I became the butt of jokes, and my reputation seemed to change overnight.  I ended things with the guy shortly after in a last-ditch effort to salvage my friendship with my best friend, but the rumors did not stop.  I began to miss being a nerd, the one no one thought ever got any guys.  Although I found it easier to find new hookups, it wasn’t because I became more physically attractive or confident, but because the guys perceived me to be “easier,” something which I found out is not a compliment.

The reputation I acquired through my promiscuity was that of being one of those “sluts.” And while I had previously thought that being a slut was something to which I should aspire, I then realized that it was actually self-destructive.  Whereas once I had been valued for my brain and talents; now, the males in my grade couldn’t see past my sexual behavior.

The defining moment in this long-term realization took place the night of my graduation.  My entire grade went to a party at one guy’s house.  Afterwards, some of my friends and I were driven home by one guy who I had been in school with since first grade.  One girl playfully asked him, “What are you going to remember most about me?”

He said, “Your beautiful eyes.” As she giggled, I asked him the same question out of curiosity. He thought for a moment, rubbing his chin, which already had the stubble of a man ten years older.

“You’re the only girl I know who’s had sex in the back of a car,” he finally answered.  All of us in the car opened our mouths with shock; did he actually just say that?

“You’ve known me since I was six!” I protested. “Is that really what you’re going to remember?” He shrugged.

“What can I say? It’s pretty memorable.”

One action. One stupid, mindless action and I had changed my peers’ perception of me forever.  But something that also hit me was the sheer double standard. Although more than half of the guys in my graduating class had had sex more than once, and mostly with girls who they were not dating, no one cared what they did. No one said that they were going to remember these guys for having sex with a girl on a plane, or in Poland, or in any number of places in the school building. But I, as a female, had my reputation tarnished forever.

It was then that I truly learned how to be “normal” in the Modern Orthodox teenaged community.  On the part of females, people could forget sexual indiscretion as long as you didn’t actually have sex.  But once you crossed that line…chaval. Although I became far more observant in college, my high school peers have not been able to forget a few months of mistakes from years ago.  A girl I met this year from another state told me that she had heard about me and my “sluttiness” from a mutual friend.  As I approach marriageable age, I fear my reputation following me to the point that I won’t be able to find a shidduch. And that’s a scary concept.  That once you make a certain mistake, you’re off the market forever, no matter how young or stupid you were at the time.

My mother’s message to me, although trite, was something that resonated with me long after I decided to start keeping Shabbos.  As I continue to grow both mentally and spiritually on my college campus, I’m learning how to reconcile my values with the right way to be a “slut.” No, I’m not having sex in anyone else’s car. By slut, I mean that I’m learning the right way to push boundaries, how to not go too far but still make waves.  Being an outcast taught me how to be a real leader without using my sexuality.

← Leftover Cholent: A new frum blog with some potential
I can live here →

21 comments for “The fine art of being a slut”