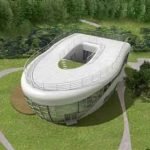 I can’t live here, I remember thinking of Dallas, this thought was solely based on aesthetics, things were too new, too fresh, the paint hadn’t dried on the latest tract home and another cul de sac was already being paved down the block, bug signs advertising homes in the low 130’s north of Plano, in planned communities, planned around convenience to your favorite chain stores that took up hundreds of thousands of square feet to sell you white bread, produce from Peru, underwear and hunting licenses all in the place. No I couldn’t live there, I liked the Jews, I liked the food, the sense of community was great, but there was something missing and for some that something wasn’t anything at all.

I’m thinking almost the same thought as I sit on this toilet bowl in San Francisco, marveling at the toilet paper dispensary that is built into the wall, I haven’t seen one like it outside of the aging pre-war buildings in New York City. It all started with a toilet dispensary holder atop a steep hill up the street from the Castro, these thoughts of permanence, these thoughts of “I can live here” which don’t come to mind often. What comes to mind is, “I like it here” but it is never resounding of permanence, it is never of the acknowledgement that I like it enough to settle, I don’t even like the word settle, yet it rings nicely.

The bathroom floor also contained the white octagonal tiles that most New York City bathrooms have, my bathroom floor growing up was of the small octagonal variety, I can remember thinking the same thing in Hotel Saranac in Saranac Lake, NY where I was staying and working for the State and I really enjoyed the deep bathtub as well, the kind that fills high enough that a grown person can drown himself inside of it without worrying about spillage.

I really hate suburban bathtubs and showers, they bother me immensely, enough that I don’t notice it much, I’ve learned to live with the oddities of suburban bathrooms, the toilets with the little bowls of water above the actual bowl that never seem to shut off. The one faucet to control hot and cold, shower and bath, I grew up with two sets of two faucets and I firmly believe that life was much more stress free because of it, we never had to explain our shower secrets to guests, who wondered if there were any “tricks” to using our bathroom. I must mention that our toilet, in later years, began to loose it’s precious 8th floor pressure that we so adored. City toilets, especially those in the Washington Heights neighborhood have very good pressure, compared to the newer economical toilets, they get the job done without the usage of scrubbers and multiple flushes on a Shabbat afternoon.

Sometime just before we put our apartment up on the market to rent, the toilet I grew up on lost its pressure, it was so tough to flush, that each member of my family figured out their own way to fidget and flush it so that everything went down. I myself believed that one flush followed by two quick draw flushes during the first flush did the job most of the time. I heard through the thick wood door, guests wondering how they would get the big turd they just released down the hole, I heard them stroking their beards wondering what on earth they were going to do – maybe they figured we weren’t formal enough to care, because some acted as if it went down when in reality the next person to use the bathroom would find it floating amidst dirtied toilet paper with bubbles from the last flush.

It’s not just the age of the bathrooms, it’s the wood paneling, the random design around the lights in peoples rooms, the firm slam of the front door and the doorknobs themselves, the kind you actually need to hold with your hand, the kind that are made of glass that reflects sun in a rainbow way.

For some it’s the views, but for me, it’s the aesthetics of the place. Some say I have an old soul, I like older folks, always befriend nice older ladies who are willing to listen to my sarcasm, feed me leftovers and talk to me about my dating escapades, but it’s more than that. I feel the need to connect with the past constantly, I don’t worry about it, I don’t cry over spilled milk, but I want to see the spilled milk.

I dislike the newness of certain places, maybe that’s why I always liked the urban village model of urban planning, small towns with wide tree lined streets, maybe something out of Penny Lane, but from the bygone era of folks leaving their homes to walk to the dog, mow their lawn or enjoy each others company without the convenience of chain stores, cell phones and 6 lane highways. I like the urban worker, the fellow or gal who walks to work and comes home from work with a bag of groceries from the local grocer he knows by name, I even enjoy writing and receiving letters in the mail – I was telling someone that the type of girls I am interested in understand this immediately – it’s an unspoken agreement, similar to loving the aromas and general vibe of a used book store, freshly ground coffee or the excitement at getting your produce from your local CSA.

Maybe those folks will understand my bathroom situation, the angst I get around suburban bathrooms, new bathrooms, showers with round dials and no clear hot and coldness, showers that you have to pull up on something to turn it into the shower and pull down on something to let the excess shower water run over your toes out of the bathtub faucet, kind of reminds me of the excess fuel in the hose at the gas station from the person before you, grabbing that hose and spilling a few drops of fuel on the floor and smelling like gasoline the rest of the day, it didn’t even touch you, yet it still smells – strange isn’t it.

6 comments for “I can live here”