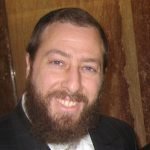 Shocking to find an article written by a frum dude who wants to separate religion and politics – although I disagree with his claim that he has no agenda, his agenda is to get clients and that’s why he wrote this.

New York – First of all, allow me to introduce myself.  My name is Ezra Friedlander, and I am the Chief Executive Officer of the Friedlander Group

, a government relations firm with clients that serve the Orthodox community.  I begin by telling you this so you should understand where I’m coming from.  I do not consider myself a community askan or a leader.  I don’t come to you with any agenda.  But after working for many years with political and community leaders, I have gained some insight into the political process which I would like to share with the readers of Hamodia.

Recently, our community has taken a strong interest in elections and political campaigns.  This in itself is a positive development.  At the same time, it requires us as a community to take this process very responsibly.  It’s not enough to dabble in politics.  We have to know what we’re doing.

The world of politics is not pure or holy by any means.  It is largely based on compromise.  Very often we have to compromise on issues and on principles that mean a lot to us.  It’s not a pretty picture, but it’s the only way for us to accomplish our goals.  Anyone who knows anything about politics will tell you this.  If they don’t, they are misleading you at best or lying to you at worst.

Recently, we’ve seen members of our community debating on whether to support candidates who hold certain positions on social issues that do not conform with our standards.  The issues range from abortion to same gender marriage.  As Torah Jews, we certainly know precisely where we stand on these issues.  And, as far as we are concerned, our positions on these issues are unyielding and uncompromising.  This is what distinguishes us as Orthodox Jews.

But when it comes to the political process, it is unproductive to bring these values to the mainstream.  It just doesn’t work.  Sometimes we feel that if we support a certain Conservative candidate, we’re taking the higher ground.  This is a mistake, especially in New York State.  Not everything is as it appears.  If we were to scratch beneath the surface we would find that most of these candidates have very similar outlooks as the Liberals, only they couch their views in different terms.  Recently we’ve seen individuals in our community who have endorsed certain candidates only to discover that their opinions did not conform with our standards at all.  In the end they accomplished nothing.  Here’s a little secret.  Campaigns are all about winning.  As far as our community is concerned, nothing else should matter.

There are those among us who are critical of our askonim who advocate for government funding for various organizations.  They claim that we are making deals with politicians who don’t necessarily share our values in the interest of receiving funds for our organizations and institutions.  That we are compromising ourselves.  Is this justifiable? My answer is absolutely yes!  As a government relations consultant, I have watched the process work on our behalf.  At the end of the day, it is the elected officials who represent us that fund and regulate the gamut of social services ranging from children who are developmentally delayed to adults who are in dire need of financial assistance.  I challenge anyone to tell me that we are willing to give up the funding for a Group Home because we want to make a point.

I do not have the authority to speak in the name of our community’s Rabbonim, but I’ve been around the block many times in terms of interaction with government officials and I’ve seen how it works.  I’ve also seen Rabbonim of today as well as of yesteryear who never expressed concern about social issues.  Whether an elected official was married to a Jew or not was not on their agenda.  Their agenda was – Can you be helpful to my community?  Can your office/position allow us to raise our children and our families in the ways dictated by our mesorah?  That was their primary concern.  They did not feel it was incumbent upon them to enlighten the world about our religious values.  It was never the derech of our Rabbonim to try to influence the greater society around us.  Unfortunately today we see misguided askonim manipulate Rabbonim for their own personal agenda, tricking them into thinking that the position of an elected official will translate into an official government action detrimental to our community.  Just because it supports their interests in a particular political campaign.

I am not writing this as a Democrat or a Republican or a Conservative or a Liberal.  But since we’re on the subject, let me bring up another point.  It can be argued that those elected officials who recognize lifestyles that are not in accordance with our Torah values are often the very same ones who will fight for the right of observant Jews to maintain our religious lifestyle without discrimination.  This may sound paradoxical but it’s true.  In many cases it is indeed the ‘detested liberals’ who show sensitivity to our way of life.  Many of them have been attacked in the Jewish media as individuals who should not be supported by us.  I am saying that we must be practical and look at all sides of the issues.

Recently, certain organizations have been pressured by self-proclaimed askanim not to engage with elected officials who don‘t share our Torah ideology.  These activists have no budget to meet and have no constituency yet their opinions are reaching the masses thanks to the wonders of modern technology.  They attack our organizations for engaging certain elected officials or giving them a platform.  My response to them is that the result of their efforts may lead to a candidate’s or elected official’s decision to write off the Orthodox community completely.  They may just decide that we’re simply not worth the aggravation.  Then what will happen?  Organizations won’t have the funding that we so desperately need and the so-called activists will not be able to effect the legislation that they are so concerned about.

Do we need the funding?  Absolutely!  We have a tuition crisis on our hands.  We have to fight for funding, not push it away.  Just because we endorse certain candidates that doesn’t mean we are endorsing their lifestyle as private citizens.  We are endorsing them for the sole purpose of their ability to enhance the quality of life for our community.

At the end of the day, here’s the reality.  The Orthodox community is a very small minority in a city of eight million residents and a state of 19 million people.  Our numbers cannot effect massive change.  But if we stand united, we can indeed protect our community and insulate our children from outside influences through the legislative and political process.  As a result, we will be able to raise our children in the Torah way of life.

I write this purely as an observer of the political process.  I am not interested in criticizing anyone of any political persuasion.  But I am in the business of representing clients who are funded and regulated by government agencies which are controlled by elected officials.  On a personal level, I feel that if we don’t take a responsible approach to the political process, we will ultimately lose out.

Sure it’s easy to criticize.  All you need to do is sign on to a blog or write an anonymous letter to the editor.  You can vent about anything you want.  But before you do that, I challenge you to walk into any organization that feeds the hungry, educates children with autism, or provides therapy and homecare for children with developmental disabilities.  See the pain of these parents if they are told by the organization that there is insufficient funding for their child.  Now witness what happens when an elected official intervenes on behalf of this organization to a government agency.  See what happens when that no turns into a yes.  Often this is based solely on the fact that our community voted for this official or supported him or engaged in a dialogue with him.

Now what would happen if the elected official did not have a relationship with the community?  Would you be able to look these parents in the eye?  And for what?  All because of a single issue or legislation that would be passed anyway.  We can’t use singular issues, as important as they are to us on a personal level,  as a litmus test to pass judgment on government officials.  Making a moral statement without achieving your goals is just not worth it.

If we look back in history we will find that it was common for the Rabbonim and community leaders of the past to meet and interact with the rulers of the land they lived in.  I think we can safely assume that they did not impose a litmus test on these rulers’ values.  Now that we are living in a democratic nation, we have a right to express our opinions and that’s a wonderful thing.  However, let’s not drag our proudly held religious beliefs into it.  It only serves to cheapen them.

We are not obligated to try and change the world.  Let’s do our best to raise our children properly within the framework of the society that we live in.  If we can do that, we have accomplished a lot.

18 comments for “Jews should keep religion out of politics”