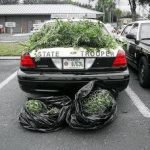 George Soros has decided to focus some of his attention on legalizing Marijuana and kudos to him, of course the commentaters on Vos Iz Neias are convinced that this another evil plot to take over America make them vote left wing and cause our society to degenerate into a bunch of drugged up idiots, because alcohol, over the counter drugs that yeshiva guys snort after morning seder and cigarettes are great for you, much better than weed at least.

Yes legalize mary jane and than next year legalize other types of drugs; Slowly but surely legalize all drugs. Get people drugged up so they don’t know what is going on and than vote for the lefty. Legalizing Mary Jane will lead to more car accidents, and victims Even if it takes the drugs out of the trade how long do you think before they create some new drug which everybody needs to try. Soros made billions destroying others. He wants to destroy america by legalizing drugs. People seem to forget mary jane stays in your system for days. Another thing we have outlaw smoking in most places since it is bad for your health and now you want to legalize marijuana which is worst for your lungs. CAN’T FIGURE THIS OUT; JUST DID PEOPLE DON’T THINK WHEN THE YETZOR HORA IS INVOLVE

The comment actually makes the guy who wrote it sound like he was high, like most sane people I am for the legalization of marijuana, the pot farmers up in Mendocino aren’t because it will make prices go down and the general joy of being a pot farmer, guarding your plants in the coastal redwood forests and telling people you are a pot farmer will lose its allure and this will welcome more illegal immigrants which frum Jews ironically are so against (unless they happen to be frum, or tried to come over during the holocaust, it was different back then) I’m also anti illegal immigration by the way, I just needed to throw that in there, not sure about pulling over Mexicans and demanding their documentations, but a barbed wire fence with a bunch of troopers guarding the border may not be such a bad idea, as long as you all are fine with paying exorbitant prices for any fruit from America.

So yes I’m 420 friendly, I think I may have even put that on my frumster profile, I didn’t smoke anything until I was 26 by the way, but still I see weed as a far better alternative to alcohol, Oxycontin and cigarettes which I have yet to take a puff from. I also see the war on drugs as possibly the biggest failure of the Republican party, although I’m sure the Dems were in on it too during the 80’s, people are thrown in jail for a dimebag, they aren’t hurting anyone, while alcohol and cigarettes take people’s lives on a daily basis.

I don’t have to go into all the ogical arguments about legalizing marijuana and I don’t need to convince the morons that it’s a gateway drug, everything is a gateway drug. It’s like banning red because it leads to mixed dancing, I know of plenty of potheads who never did much else and plenty of folks who never smoked pot that decided to overdose on Tylenol Pm or Whippets.

Of course the frum community is very anti drugs, it’s a shame that marijuana get’s thrown in with cocaine, although fresh needle programs are debatable (I won’t go there) and that alcohol is viewed as sacred, it is apparently because the Jews were able to buy it during the prohibition. There are plenty of frum folks who enjoy a toke once in a while, plenty, but it’s so shunned that they cannot be open about it. My friend recently caught his dad smoking late at night, he’s a pretty heimishe guy so I’m wondering what the reaction must have been, sitting there in his bekishe smoking a blunt while listening to 1970’s recordings of Shlomo Carlebach (blasphemy in itself, because he kissed women)

← Proof that orthodox Jews in the shtetl were smarter than today
Are you a coffee snob? →

103 comments for “Legalizing marijuana will cause car accidents”