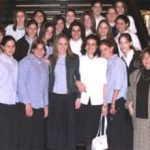 BJJ is known as the top seminary, what this means is beyond me, but in the frum world, girls who go to the top seminaries get the top shidduchim. I always found seminary to be a little hypocritical considering the fact that women aren’t supposed to learn torah, if this is the case, what exactly are these girls doing in a seminary and what exactly makes it a top seminary.

I always imagined BJJ was a joke for something to do with BJ’s, but what did the J at the end stand for? Maybe it was BJ in Jerusalem, like a Mihclelet Esther (aka m0lestor esther, not because the rabbis have are convicted of molestation, but because the girls like to be molested by yeshiva students of Niveh, Ner Jake (now closed) and Kesher) competition. But, alas I found out this morning from Jameel who wrote about the story that BJJ actually stands for B’nos Yaakov Yerushalyim and I always found it strange that all of these girls schools are named after the daughters of yaakov, I read The Red Tent so I have higher views now, but when I was all about what the chumash said – I never thought girls schools would want to be associated with Dinah, the first girl to break a shidduch and then have the town slaughtered because of the broken shidduch, last time I checked, rape and late in life bris milah didn’t exactly raise the shidduch market value of someone.

Well a non-kosher cell phone can send text messages and since the frum community hasn’t been able to regulate cell phones, my old man says that back in the day phones were looked down upon because it made it easy to tell loshon horah. Why text messages are non-kosher is beyond me, in fact, sexting (cyber sex text messaging) kind of blows (I don’t text so I have never sexted) and talking dirty over the phone is so much better than 2 inch screen erotica – can you imagine – “o i cnt wte to c ur hot bd” exactly, it makes no sense and “cum” is used in shorthand even when people aren’t talking about the milchig stuff, so it would all get lost in translation.

So here’s how it went down, one girl got a message about her friend being engaged, it was so hot and steamy that she sent it to a bunch of other friends, the teacher caught the girls and kicked them out. The terrible thing about the situation is that it’s stupid and it shows how stupid the frum world is, but they have standards you may say – stupid standards, but standards nevertheless and hence we have another reason why these girls may chose to leave the path.

Imagine being a young girl about to go out to get married and your propsective mother in law (shvigger in yiddish, I love the word) finds out that you were thrown out of school, it doesn’t matter what for, because that’s a tarnish anyway and when they consider wearing red nailpolish a tarnish, I can imagine what they view using a non-kosher cell phone as. Now imagine you are old (age 22) and the last single girl in your class (wait you were thrown out) isn’t this high time for you to take a look at your communities harsh treatment of you and realize you want nothing to do with it.

Notes: This happened in the 12th grade, I have no idea if it’s affiliated with the seminary, but both schools have the same name so who cares. 12th graders graduate and go on shidduchim too and I still wonder what they are teaching since girls are forbidden from learning Torah.

Found about the story on Dov Bear 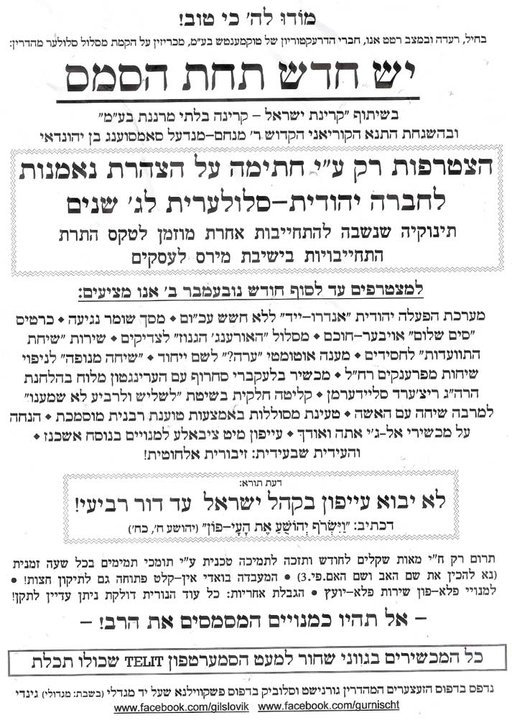 ← You are a Baal Teshuva
Matisyahu tries out as Moses →