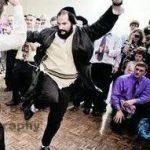 When I went to send a message the other day to Rabbi Rabbs I noticed that he didn’t pop up in my screen of friends, this was the first time in my entire Facebook career that I had noticed when someone un-friended me. In the land of social networking this is apparently a big deal, de-friending one of your facebook friends is seen as a real back stabbing thing to some people, I wouldn’t be surprised if teenage girls committed suicide over this sort of thing.

I have been informed multiple times by people who wished to twist the social networking knife, that they were not my friends on facebook anymore, I really couldn’t care less, but knew it was a big deal for these folks who were obviously deeply offended by status updates such as “does anyone want to have me for shabbos lunch?” and “Heshy is wondering why starbucks espresso is so bad.” Everything is offensive to someone, so I guess these folks couldn’t take my constant status updates and profile picture changes.

I guess when you have 100 friends, you notice these types of things, but you have to remember that I’m the shit – why else would I have 4300 Facebook friends with my backup account having another 800? Being the facebook king means you don’t have time for trivialities like checking your inbox, responding to requests and playing farmville – apparently some folks are deeply offended by this too.

I have reason to believe that Rabbi Rabbs may have defriended me because I had failed to respond to a phone message, email or some sort of facebook message he left me. Obviously he doesn’t know me too well, my good friends know that getting in touch with me can sometimes take weeks (unless they are cute girls I am courting, then miraculously I am available) I am in my house for sleep and that is all. I tend to work evenings and ride during the day, I don’t pick up my phone often and rarely take it with me on rides or hikes.

Now let’s talk about Facebook messages, in my opinion they are for lazy people, Facebook inboxes are chock full of spam, do you know how much spam I get? Try 50 messages a day, plus an average of 500 some odd requests to become a fan, join some group or play some game (I block all apps and block people who send them too often) so if I don’t respond, please don’t take offense, just email me and eventually I may get back to you (sometimes it takes months) Oh and I don’t text!

So back to Rabbi Rabbs, I can;t say I was offended, but I do say I noticed and took heed, don;t know how to actually take heed, but I sighed and said, hmm – I wonder why he unfriended me? His posts did really well, we have similar senses of humor and he’s way fun to make videos with and he pushes peoples buttons, but alas, we are not friends anymore – on facebook – when I go to LA next (I’ve been once since I moved here) maybe I’ll knock on his door and see what’s up – hope I didn’t offend enough that we can’t make any more movies together.