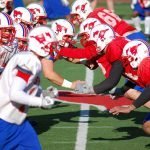 There’s a bit of a kerfuffle at Shaarei An-Daron in Iberia, Missouri. As it turns out, the shul has started to formally segregate between members who are home owners and those who rent apartments. This is getting some people very upset.

Everyone knows that apartment dwellers were not treated so nicely. The home-owners would not interact with them much, and it seemed that they’d be marginalized from many of the shul social activities. And as much as this sounds harsh, it makes sense to many in the shul. Bernie, the shul president explained it to me simply: “home-owners are willing to invest in the shul since it’s part of their lives. Those nomads and vagrants who come here for a two years and then move to better Jewish Communities can climb a tall pole for all I care.”

“The worst are the Israelis”, Bernie tells me, “since they show up when they feel like it, and never donate anything to the shul. They bring their kids with those silly satin yarmulkes that you just know they never wear outside of shul. The men show up in designer jeans, and their wives smell of smoke. By them it’s all backwards.”

Bernie explained that the new shul policy is a clarification of the reality we all know. He hopes that in a few years time, all the apartment-renters will mend their ways motivated by these new rules. In the meanwhile, the policy is crystal-clear. If you are a home-owner, you can get an aliyah, serve on the board, and get nominated to be a dinner-honoree. As an apartment-dweller, your privileges are limited. You can help set up and clean up during Kiddush, and take the siddurim back to the bookshelf after davening. If you donate an extra $750 to the shul every year, you can then get an aliyah on Shabbos mincha and during the week.

Dr. Dvir Lahav, a post-doc who is here for two years doing research in the effects of Anheuser-Busch on female graduate students (I’m told he lives in a sweet apartment) was quite upset about this announcement. Dvir says he’s going to stop layning for the shul if they don’t rescind the $750 tax. He says that this whole thing is a ploy by Bernie to get more business — Bernie runs the largest real estate company in the local towns of Valorian and Derion.

“We are the real winners here”, says R’ Mendel Chabbachinsky, “since we have an open door policy. Just last week the Rebbe sent me a tweet on Twitter telling me that I should expect more transients coming to my Shabbos minyan and vodka parties. I’m used to only getting undergrad students who come to me to juice up before they hit the frat parties, but now I’m expecting many more grads and post-docs, as well as the Israeli entrepreneurs and other young couples who are upset at the closed-minded gatekeepers at Shaarei.”

So, what do you think? Should apartment dwellers be treated the same as home-owning congregants?

← Eruv deemed offensive
An appology for the Mumbai post →