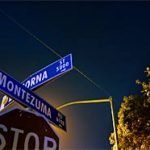 Recent attempts to place an eruv in a small town in Tennessee have backfired as residents both Jewish and non-Jewish come out in full force against the project. Many orthodox Jews believe that carrying on the sabbath is considered work and will only do so if there is a string attached to utility poles and other high objects, they believe that this project will create a private Jewish ghetto in which they can carry in, but there are major issues.

The project is believed by many to be an eye sore, “the string looks so ugly” according to resident Charlene Jenkins, she said that the project was set to enclose her house in this so called “Jewish ghetto” and she was very “displeased” with the situation. Another resident of the enclosed area told us that he was angry because he felt his homing pigeons would not be able to see the the string and it may pose a hazard to them.

At recent town hall meeting on the project one council member asked “How on earth do these Jews expect to offset the carbon footprint of the project? Do they think they czan just waltz in here and force their religion on everyone?” But the Eruv project strikes a deeper vein, Pulaski is the city in which the Ku Klux Klan was founded and traditionally the KKK as they are affectionately called didn’t like Eruvim very much. In fact there are unofficial accounts of the KK purposely burning crosses in the area of Eruvim on Friday nights so the Eruv would be down, but no one know – because it was after the official announcement in shul.

Surprisingly the biggest critics are the Jews, they are scared what the goyim will think, “we don’t want them to think we’re crazy, we gave up our ghetto look many years ago and they still didn’t treat us right, we’ve tried so hard to intermarry, assimilate, take on the customs of the goyim and now these Ghetto Jews want to bring us right back to where we started as Greenhorns” the local Re-constructionist Rabbi told us. Other secular Jews agree, the last thing they want for their peaceful non-religious lives is a symbol of religious freedom, they are free to practice religion in their homes, but this – according to the ACLU is a clear violation of church and state!