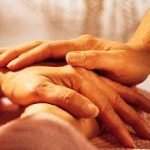 There appears to one positive aspect of the worldwide shidduch epidemic that has left millions of singles in its wake and that is people are doing more chesed. Traditionally, ultra orthodox women have begun to chesed in their middle teenage years to give their shidduch resume an edge in the very competitive shidduch market – “mothers just love to say their daughter in law is involved in dozens of chesed projects” they typically do chesed between the ages of 15 and 19, but those numbers have drastically changed as more and more women stay single longer.

Studies show that some men have jumped on the chesed bandwagon and have begun bikur cholim groups and joined their local chaverim chapter, but young single women seem to be the driving force behind the chesed industry. A spokesperson for Tomchei Shabbos, one of the dozens of charitable organizations run by frum people told us that “the shidduch crisis has really helped business, before the shidduch crisis in the 90’s, girls would typically quit their chesed careers as they got married, a select few would really do chesed outside of hosting shabbos meals after they married and these were typically baalei teshuva”.

Chesed can never be bad for a shidduch resume according to shidduch specialist Leah Klein, “we have seen girls try and do all sorts of things to raise their shidduch market value, but nothing comes close to writing that they do a lot of chesed.” For these reasons many of those involved in the day to day work that makes chesed and tzedaka organizations tick wonder what they will do if the shidduch crisis gets downgraded to a situation. Many organizations don;t want to go back to the old model, where they sent out meshulachem to help pay for the costs of hiring paid employees.

Analysts are trying to figure out why so many people neglect their chesed duties after they get married, it’s as if people are doing chesed, just to put it on their resumes – chesed is not an extracurricular activity – it should be done with gusto every day.

6 comments for “Shidduch Crisis is a boon for chesed industry”