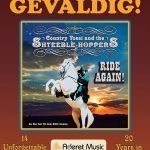 I had a lot of things on my mind as I ran out the door of my friends house in Jamaica Estates. I had just been informed by my bank that my checking account was drained by someone in Florida who had gotten a hold of my debit card somehow, I had just spent over an hour in traffic to get from Manhattan to Queens and I wasn’t looking forward to the rain it was supposed to be doing over yuntiff, not really the way to start a such a joyous holiday as Simchas Torah, the freaking name of the holiday is joy.

I walked down the street looking for this mythical shteebl that my friend said was in the house on the corner, there were four corners and no signs of a shteeble, I approached a man walking down the street and he turned me around and introduced himself at the same time, I was taken aback by his courteous handshake and welcome to the neighborhood. I walked into a narrow room full of people and no one stared like the regular shteeble. Immediately someone told me to sit next to him and another 3 people came out of nowhere welcoming me to the shul and introducing themselves. I really wasn’t ready for this kind of niceness.

I looked around at the shul and was pretty shocked to see that there were 4 men wearing streimels, those tall fancy one’s that have been making the waves lately, I also noted a guy who looked very familiar wearing an up hat and long peyos. There were also a bunch of guys wearing regular outfits, black hats and gartels, I feel like we call them heimishe, not chassidishe not litvish or some other variety of folks – the lines between chassidim and misnagdim don’t really exist anymore. It’s like the days of yore, when you had name calling and book burnings, the two sects (save for chabad) really get along and have similar looks in many cases.

I wondered what I stumbled onto as I started to daven, it really changed my dreary mood to have stumbled upon this hidden shteeble in Jamaica Estates, I had never been to this side of town in my life, but from my basic knowledge – I had thought it was a bastion of wealthy snobbish modern orthodoxy with a few ostentatious Bucharians thrown in the mix, I didn’t know you had a bunch of seemingly erliche yidden thrown in as well and I sure wasn’t expecting such warmth anywhere in New York, this seemed a lot more like a shteeble in St Louis or Minneapolis, not Queens.

Of course my stereotypes about the neighborhood were realized the next day I went to Young Israel of Jamaica Estates, a bastion of modern orthodox by association, full of cleavage showing ladies with white lacy doilies on their heads, men with suede yarmulkes covering their bald spots and everyone else talking about business, sports and politics during the down times (times when they weren’t singing) I was one of 3 non-talis wearing folks in the shul.

I was also disappointed because there were no cute single girls as my friend had assured me there were, I knew they existed within the confines of Jamaica Estates because almost every girl I had ever met from the hood was cute, but alas the Young Israel of Jamaica Estates is filled with rapidly aging middle aged men who work their butts off all year in order to afford the kitchen upgrade, pesach in Florida and their children’s college tuition. It was a shul full of the type of folks that don’t exist in the Bay Area, 45 – 60 year old’s with amazingly thick New York accents.

The friendliest shul in New York City is located on the corner of Midland and Surrey in Jamaica Estates, Queens. The rabbis name is Dovid Weinberger and you all should check it out.

30 comments for “The friendliest shul in New York City”