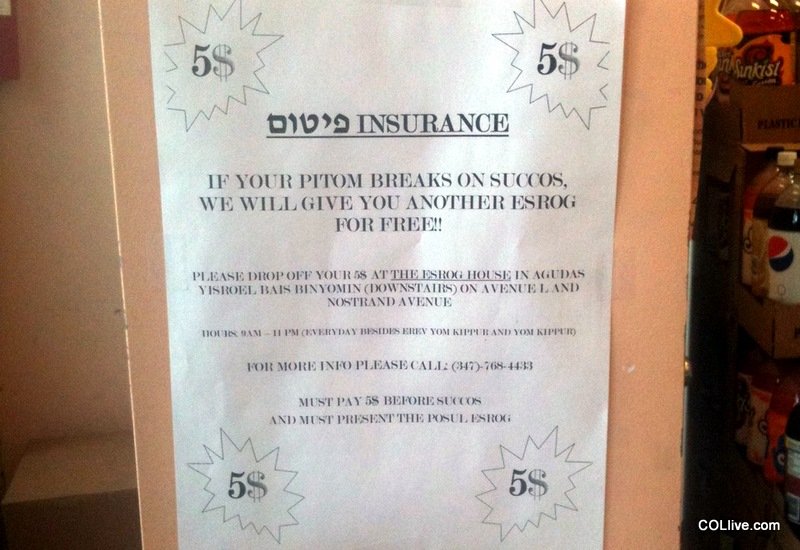 Thanks to Laura who found this on Col Live

I have always thought about the broken pitom thing as a scam, you know, they are so flimsy anyway – who’s to say that the esrog sellers don’t purposefully sell esrogim with weak pitoms to children and unsuspecting BT’s who haven’t yet learned the art of esrog handling.

I heard from someone that he couldn’t get esrog insurance for his children because the insurance salesman noticed that his kids were wild and said that they had a right to refuse insurance based on a number of ailments. The salesman noted that adults were refused esrog insurance for restless leg syndrome, old age, long beards (likely to get stuck on pitom) and to women (since women weren’t required to have their own esrog they may not treat it with as much kavod as the men) and of course to children (they had no concept of respect and sure as hell weren’t used to handling fruit) people with terretz syndrome, gays (they tend to stand very close to the guy in front of them during hoshanos)

Luckily for us chronic pitom breakers, most esrogim don’t come wrapped in pubic hair anymore – I have such fond memories of esrog packaging hair…

74 comments for “Get your esrog insurance here”