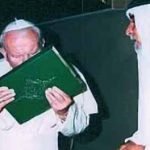 Rabbis around the country have called a halt to the Quaran Tashlich, in which congregants were encouraged to throw quaran’s and other Muslim holy books into the water, with bread, sins and other random things found in their pants pockets to show that they were ridding themselves of sins for the new year. Jewish leaders warned Rabid Right Wing Rabbis that if they were to go threw with the Quaran throwing that many Jewish communities would be in danger.