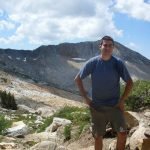 I didn’t actually shave my head, but I was driving to work last Tuesday and it was hot, really hot out – like close to 100 – apparently this summer has been cold, but to me waking up to a cloudless sky and 75 degrees every day is heaven. So when it hit the upper 90’s last week I finally realized that the mop on my head had to go. I love my long hair and I’ve had it various lengths of dirty hippie look for the last 2 years, but the heat combined with the high holidays coming up really caused me to swerve my car into a strip mall that said Express Cuts.

Almost every time I get a haircut, I dread it, but this time I walked in and proudly told them to get the mop off my head. She asked me what I wanted and I told her to do whatever she wished and to leave my sideburns (peyos) She said in this thick Persian accent that she would give me a “6” on top and a “4” on the sides, having no idea what on earth she was talking about I told her to go ahead.

I walked out 15 minutes later with the shortest hair I have had in 3 or 4 years. The next day I went to shul to get a yarmulke from the free bin, one thing I love about having short hair is the comfort of wearing those large free flimsy yarmulkes they give to folks so they can profile the newbies in an orthodox shul. Ever wonder why free yarmulkes are always white, bright pink or purple, no the designers aren’t gay interior designers who contracted out their patio designs. It’s all to do with singling out the newbie for a possible aliyah, shul reject job and to signal to the kiddush folks to hide the non-mevushal wine so the newbie who may or may not be Jewish doesn’t worship idols with his little kiddush cup as he looks at the wine and makes it non-kosher. So I grabbed some faux black velvet yarmulkes, some shiny purple and a green one from the bin at Emek Bracha in Palo Alto and I have been rocking the shiny black velvet since – so much more comfy than using pins or clips for suede or knit – I’m all about the velvet – I also get to pretend I’m frumming out.

It’s a bit of a shock to people I get a haircut,, especially for folks around here who haven’t known me too long, they know me as the unshaven large yamy wearing long haired guy, so when they see me they are in for a surprise.

22 comments for “My new haircut”