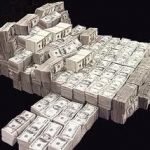 When I get some time later this week, I hope to email each of the dozens of folks that donated money to my buy a car fund so far, but I just want to extend my hakaras hatov to you all to say that I noticed and I am ecstatic. I knew I wasn’t going to raise a million bucks in this economy from a bunch of cheap Jews but deep inside I hoped you folks were going to give me something so I didn’t go into the doldrums of thinking that no one cared enough to throw me $5 which some of you did – the biggest donation was $50 and that’s insanely amazing.

A big yasher koach to my buddy Saul who drove me in his Tacoma all the way to Yosemite yesterday to take all the stuff out of my car. He’s not even an old friend, just a fan who had emailed me several months before I ever had an intention of moving to the Bay Area to say that his wife and him made some damned good Mexican food (which they do) and that if I were ever in Berkeley I should come over.

So I’m car-less which kind of sucks for an outdoors guy like myself. Luckily, the Bay Area is one of the best places in the country for commuting without a car. I can get to work via a 25 minute light rail ride, have a carpool home at the end of the night and can ride my bike almost anywhere. Unfortunately, getting to shul is tough because showing up in spandex goes against my morals (and seeing all my junk hanging out would freak out the rabbis) so I can’t get to shul or get to the beis medrish to learn, but God will provide. Also getting to people for Shabbos, Rosh Hashanah and Yom Kippur may be problematic, but I will make the most of it until I can afford a car.

When it comes to car culture, the Bay Area is the exact opposite of southern California. Many people don’t have cars and cars stop for pedestrians and cyclists in cross walks. People take the train – it’s pretty amazing when it comes down to it. If I lived in a frum community I would consider going for longer without a car (but getting to backpacking and mountain biking is tough)

Still back to the point of this email – money – you see folks this post has nothing to do with sex, because in all honesty life is about money. Sex is just a byproduct of it and God, of course, if you want to get all Jewish on me. I know that many of you don’t have paypal (my paypal address is [email protected]) so if you want to send me a check you could send it to:

Once again I hope to thank you all individually when I get to stay online for longer than an hour.

28 comments for “Holy crap you people actually gave me money!!!”