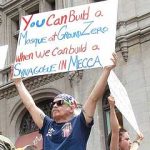 The ground zero mosque situation is pretty screwed up, that’s like a bunch of Jews building a Baruch Goldstein memorial park near Chevron. Woa, wait a second, in 2002 I camped out in the Baruch Goldstein memorial park in Kiryas Arba, but let’s give the Israelis credit, they had compassion and didn’t build the thing right next to the site where he gunned down a bunch of  Muslims who were in the middle of shachris. The Cordoba Center as the ground zero mosque is officially called, is being built in the same neighborhood as a tragedy that made people really hate the Muslim world.

This kind of reminds me of the flotilla situation, we all knew what was going to happen, it was a ploy to make Israel look evil and ignorant and this ground zero mosque business seems like the same thing. It rubs people the wrong way when you decide to build something that for most people symbolizes Islam, while it’s right next door to their reason for hating Islam (people lump all Muslims together as evil terrorists) So of course, it makes everyone who doesn’t want it there look ignorant and those who are pro-ground zero mosque look so open minded.

Interesting quote from the AJC

But in this vast country, why, of all places, does the center need to be there? Will it really serve as a place for healing, repentance, and interfaith cooperation? Or will that prove a facade, designed to get the project approved and divert attention from the fact that the 9/11 plotters all prayed in mosques and believed they were acting in the divine name?

I myself see both sides, but I am one to uphold personal freedoms, everyone is offended by something. Let’s say a shul wants to build in a predominantly Muslim neighborhood – the situation could be very similar.

Or is this what it is? 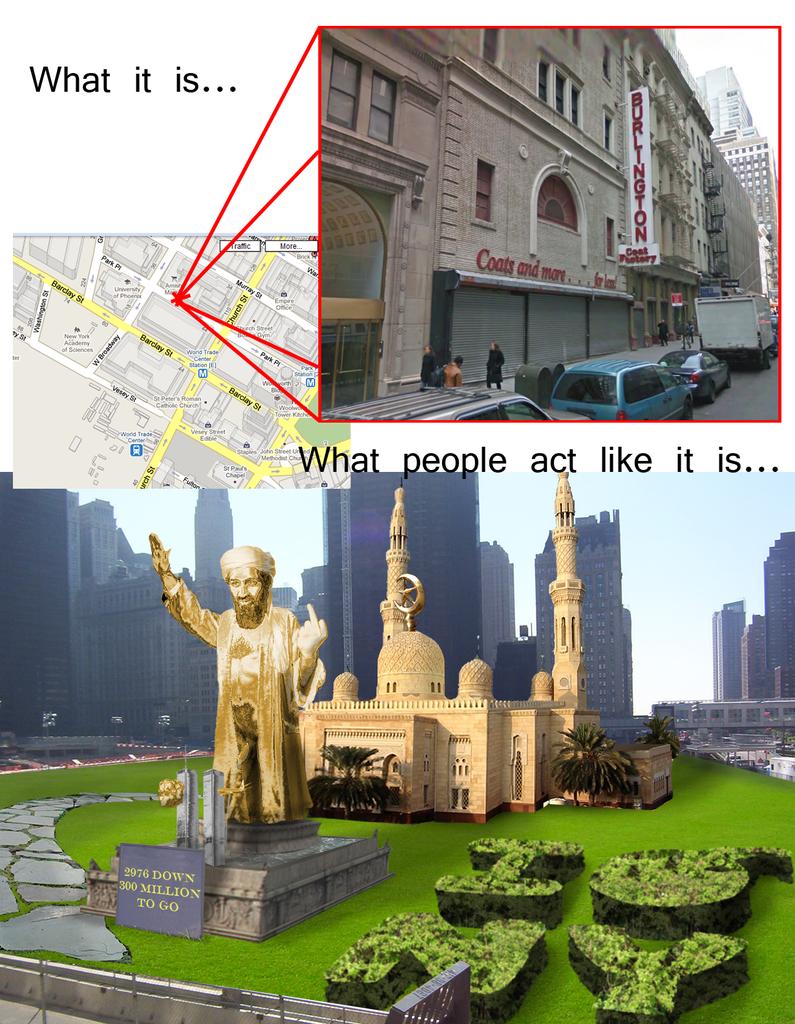 100 comments for “What do you folks think about the ground zero mosque?”