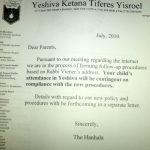 Mirror mirror on the wall, who’s the frummest of them all?

One lone Brooklyn yeshiva has decided to outdo the the rest with yet another superficial rule to show that they are in fact the frummest of them all. The yeshiva  has decided to require that parents of children in the yeshiva register with a web chaver to monitor each others internet usage, but is this really that frum? We at FS news have unanimously decided that this yeshiva isactually not as frum as people think, for several reasons.

If they were really trying to out-frum other yeshivos, they should have required the parents to register with the yeshivas filter so the hanhala could actually monitor everything they looked at – that way – there could be a set policy of what is kosher and what is not. What happened to the idea that people can only have internet for work, have the yeshivos given up and succumbed to the yetzer hara of non-work related internet usage. Buying online is not a necessity and it takes away business from frumme shomer shabbos stores.

It is easy for folks to bypass this rule, you can pick any other parent of the school, who’s to say a bunch of parents aren’t involved in a Yeshiva Ketana wife swapping ring? I am sure the wife swapping has gone beyond the five towns by now? Maybe the whole orthodox support for gays thing has even brought out a little husband swapping too.

So is Yeshiva Ketana Tiferes Yisroel really that frum? Or are they a bunch of posers who wish to have a bunch of critical Jewish bloggers argue about such a stupid rule so they could hold an asifa and show everyone why the internet is evil and they should comply to these rules. The world may never know…

On a side point, after not having internet at home for almost 3 weeks now, I can say my neshama is a lot better off.

I kind of wish it were a fake story… 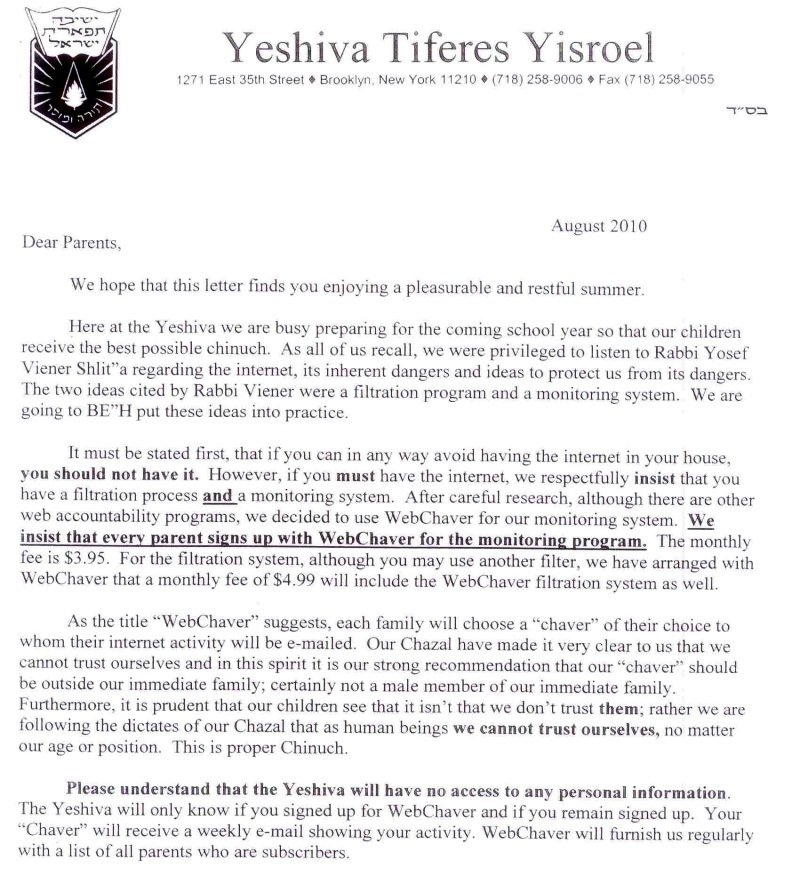 ← What do you folks think about the ground zero mosque?
My love/hate relationship with a thing called Sheitel →