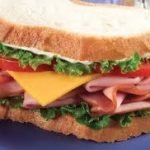 By Ari Margolies (the youngest guest poster ever on Frum Satire)


Being raised an Orthodox Jew, when I enrolled in Fairhill School freshman year, it was scary to be thrust into a secular, mostly Christian place. I had it coming for a long time. I never really did well in school and when high school came charging at me, I got more than I bargained for.

That I would be going to a Jewish high school wasn’t in question. Only one problem: the high school my folks deemed appropriate was Texas Torah Institute. TTI is a good school, but 11-hour days and school on Sundays didn’t mix well with this detention-prone ADD kid.

After a brief stint at TTI and a life time surrounded by Shabbos, kosher food, and Jews, I was thrown into a strange world. But, instead of questioning or rejecting my beliefs, my foray strengthened my appreciation for my Judaism. Fairhill wasn’t bad, but I’m not going to lie –- at times it was uncomfortable to be who I am.

Wearing a yarmulke was my way of showing I am proud to be Jewish. But having teachers and students staring at “that weird thing” on my head made me uneasy. One time walking outside toward my math class, it blew off. Leaning over to pick it up, out of the corner of my eye I saw a parent in her car chuckling at my misfortune.

Another recurring problem was keeping kosher. I didn’t say anything when peers ate a ham and cheese sandwich mere inches away from my challah, but that doesn’t mean I liked it. It was, however, easy keeping kosher there. People were generally respectful of it. But, there was the time my teacher tried to force-feed me a cheese burrito. After repeatedly declining, he remarked, “Your father has taught you well, Ari”—like this was some test of my willpower.

Probably the hardest thing was that almost all the teachers were Christians. One, a devout Protestant, was constantly throwing in lessons from the New Testament and the joys of Christianity, like she was targeting me or something. It was kind of hard for me to keep my mouth shut and not argue with her. I didn’t mind her expressing her faith in the least, but when she reprimanded me in front of my class for not knowing who “Joel” was, it did kind of get under my skin. In her words: “I’m surprised that a Orthodox Jewish boy doesn’t know who Joel is.” Only later did I snap that “Joel” was actually the Hebrew prophet “Yoel,” as any kid who knows Torah would refer to him as.

During the short time I was there, seven out of the 80 or so students in the school were removed. Most of them were pulled out by parents and sent to tough boarding schools due to drug use or psychological problems. It scared me, to say the least. They were actually very nice kids.

All-in-all, the strange thing about this is that although I was in surroundings that could have done some damage to my Jewish identity, I was not only unaffected, I was actually reaffirmed. Surrounded by classmates who didn’t keep shabbat, instead of complaining that other kids could watch Saturday morning cartoons, I grew to appreciate what I had taken for granted all these years — simply being Jewish.

I began to look forward to Shabbos the entire week, and when it came around, I prayed more intensely and thankfully than I had ever before. It was like I had a rebirth. Instead of just going through the motions, for the first time, I legitimately loved being Jewish. The joy I felt by doing simple Jewish things, like saying a bracha before I ate, or wearing a kippah, was more intense than ever before.

Heshy’s two cents: I can totally relate to this post, I find my Judaism to get stronger when I am not around other Orthodox Jews — this may have to do with the fact that doing something because you want to do it and not because of social obligations actually allows you to think about it in a deeper way. I also find smaller communities to help me along in my Jewish practice because they make you feel wanted and needed. Oh and Ari’s mom is the best cook in Dallas.

← Parshas Shoftim
Moshiach is on the way — seriously! →